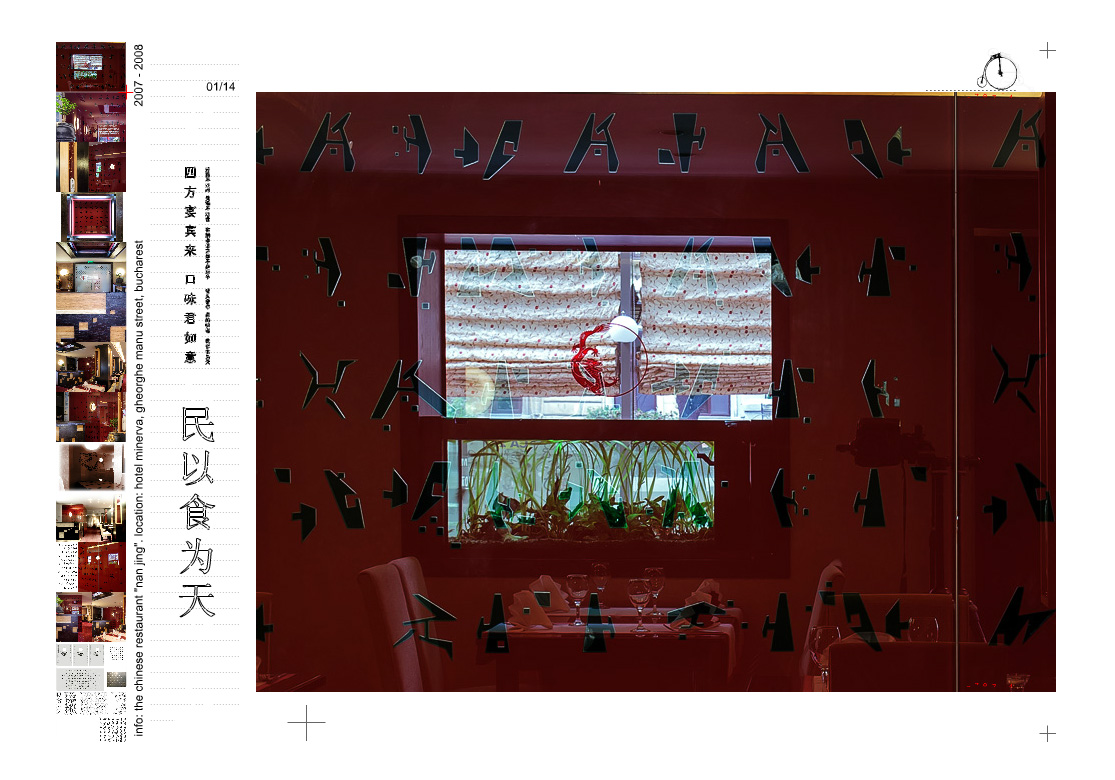 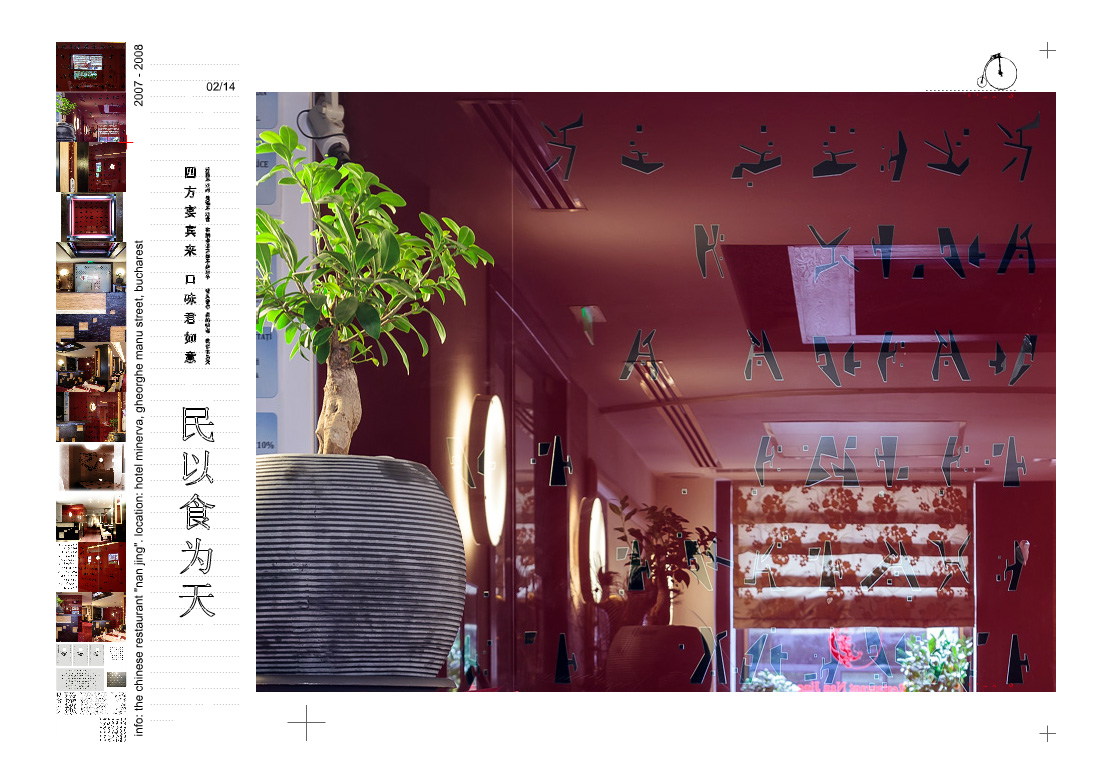 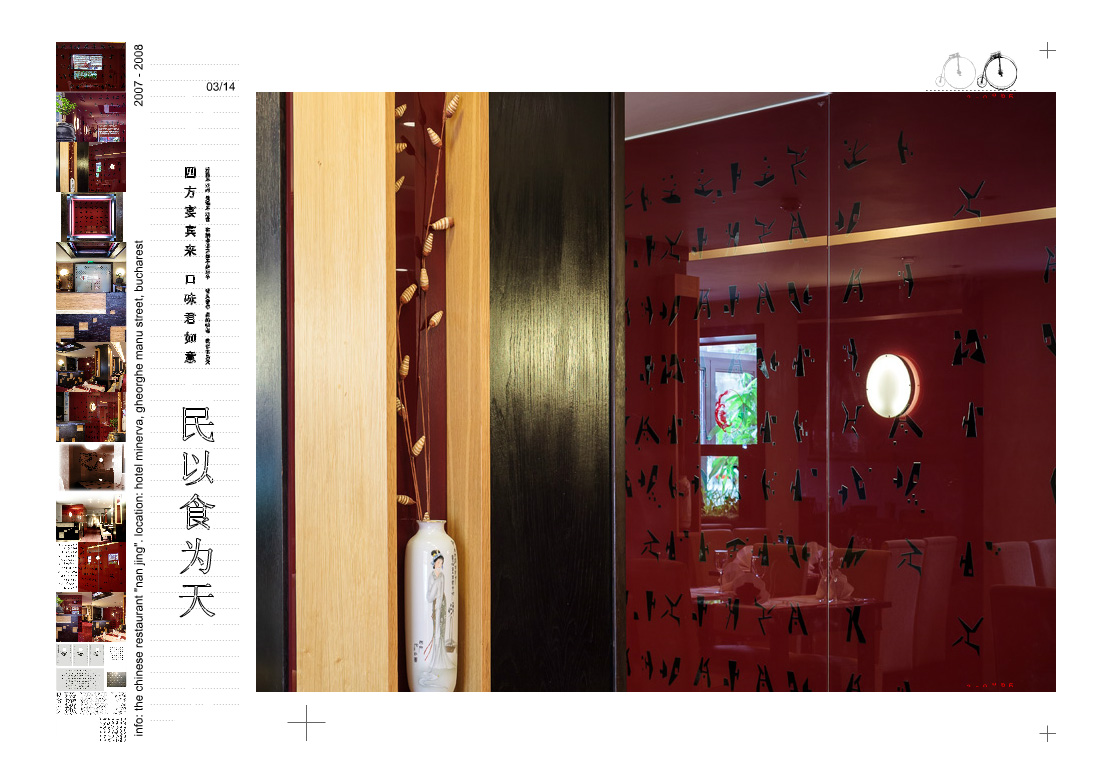 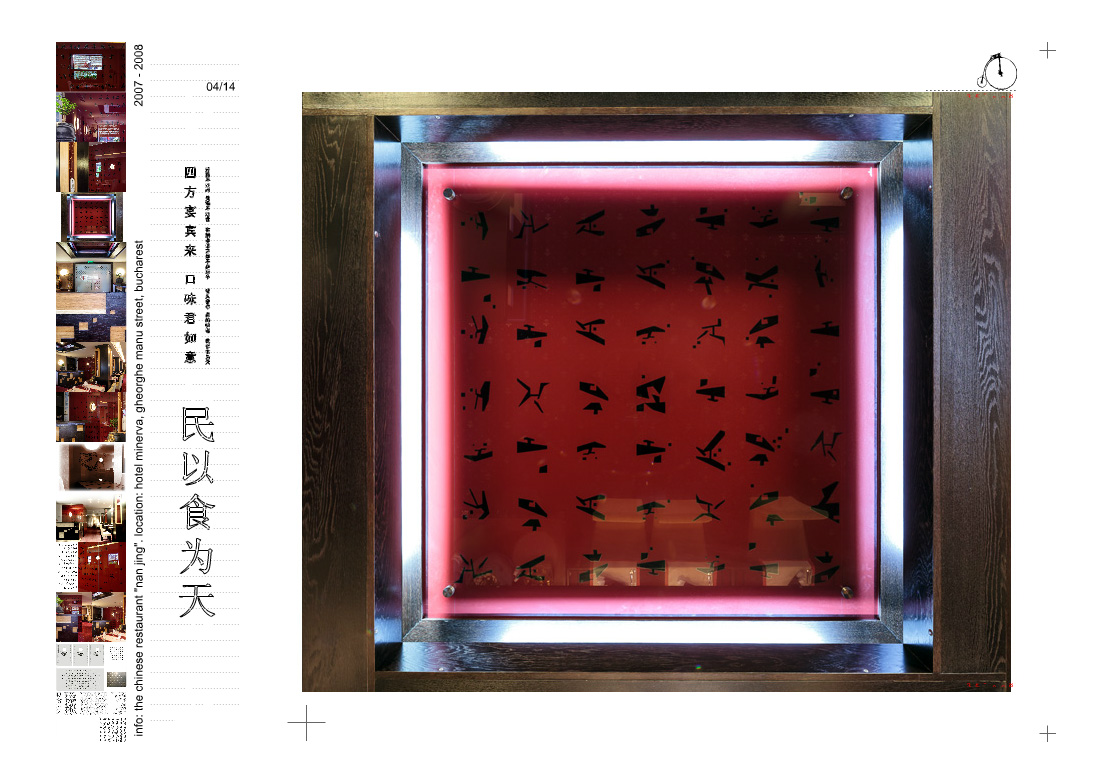 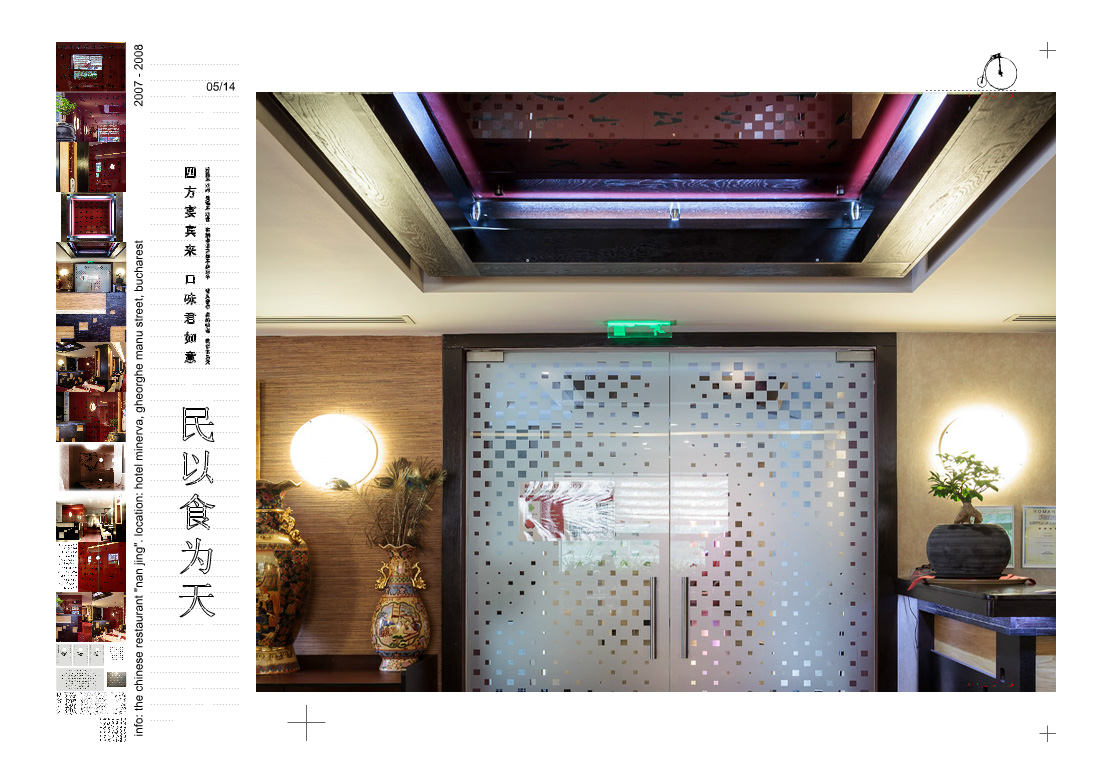 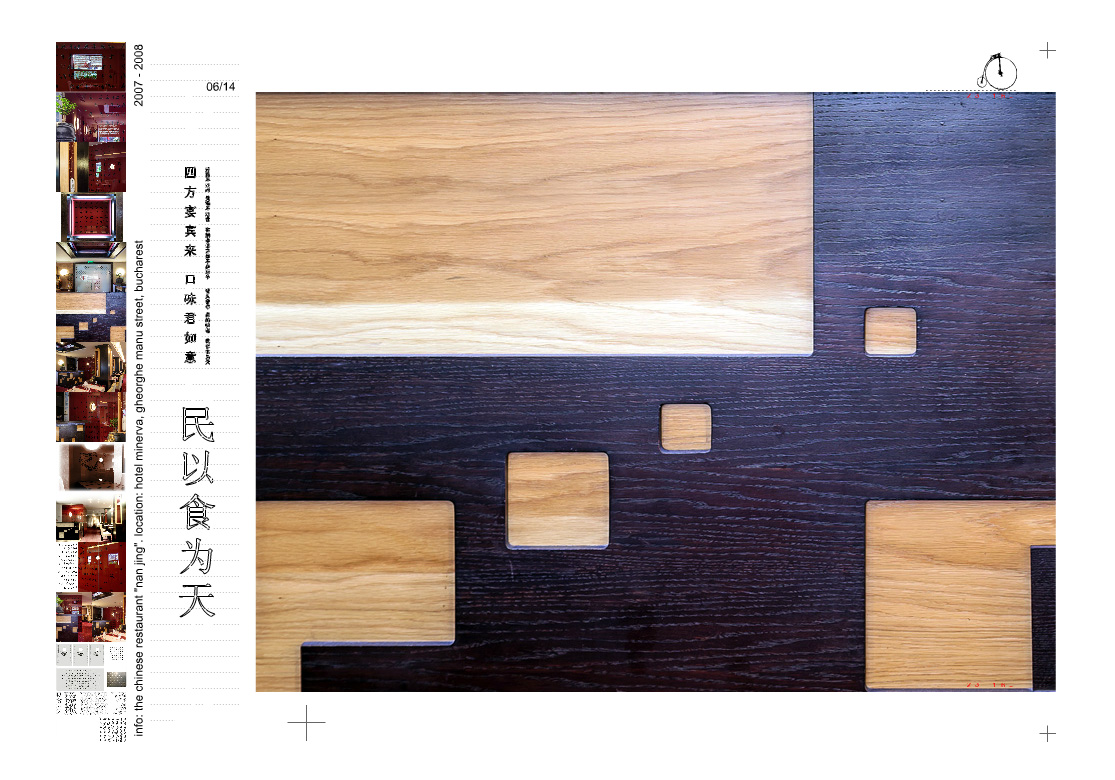 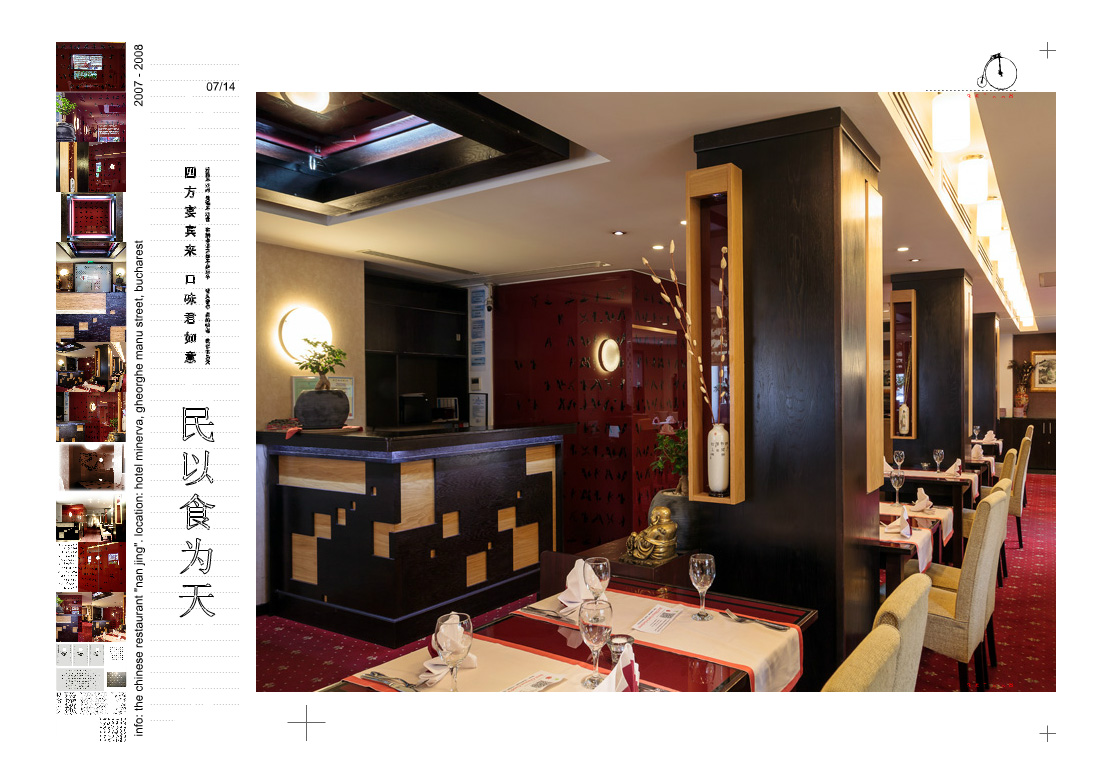 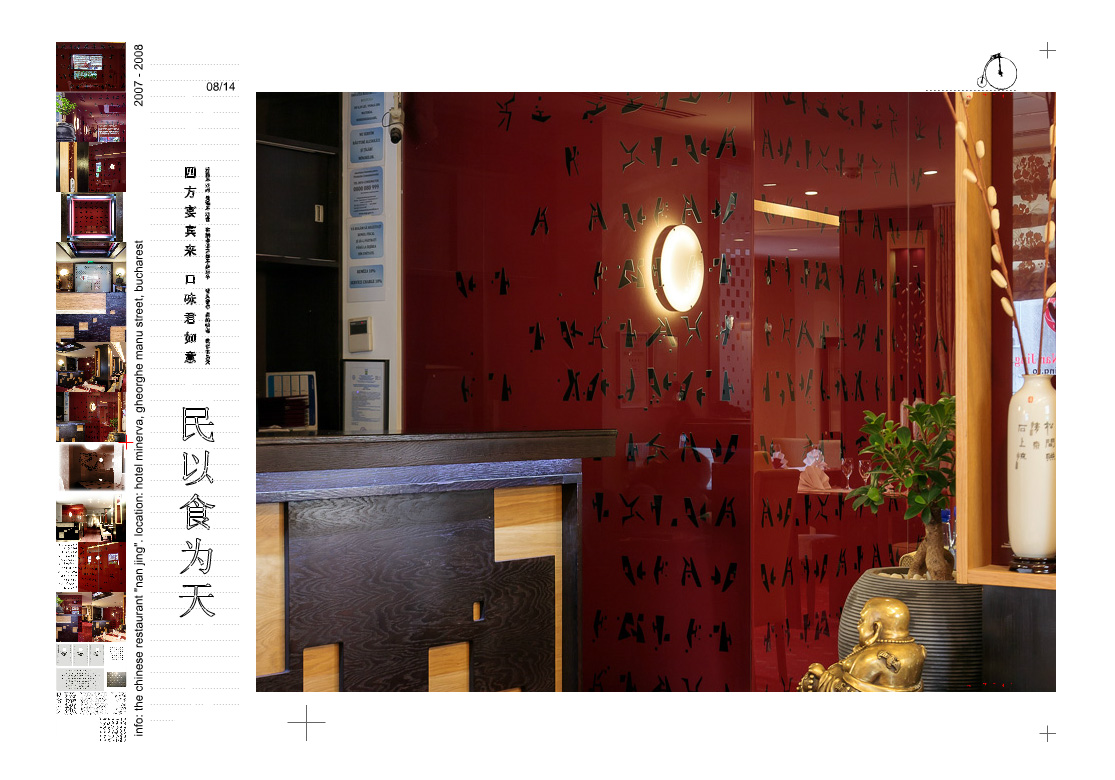 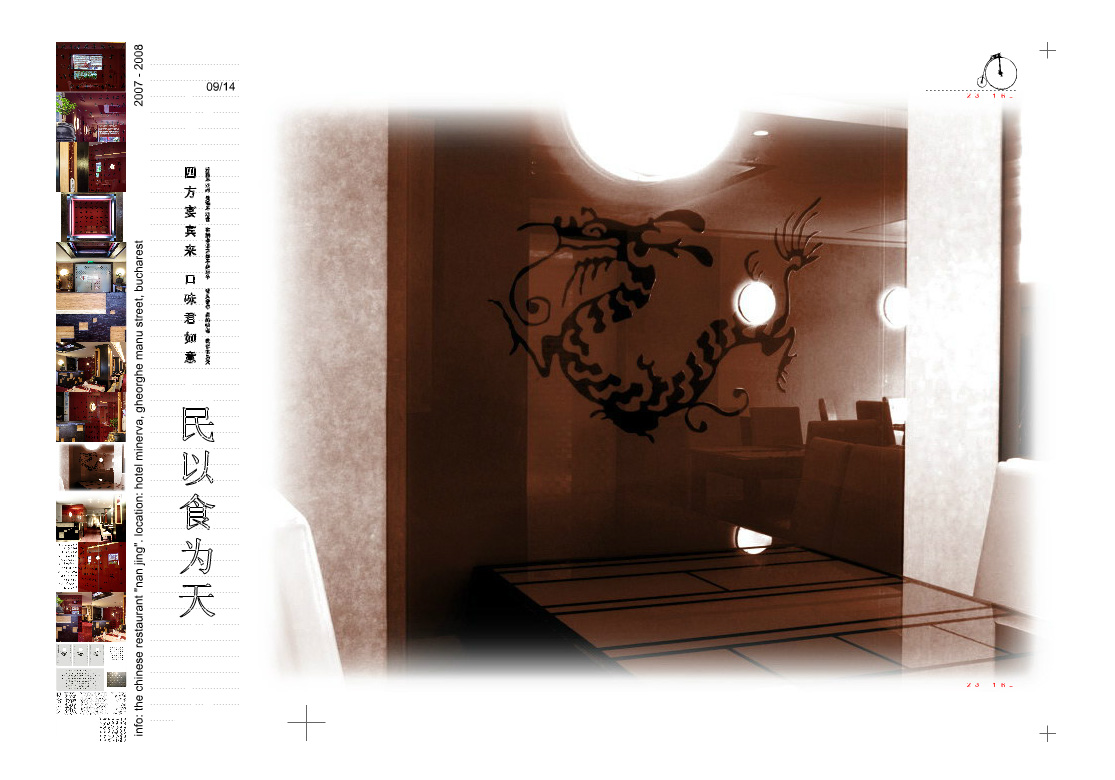 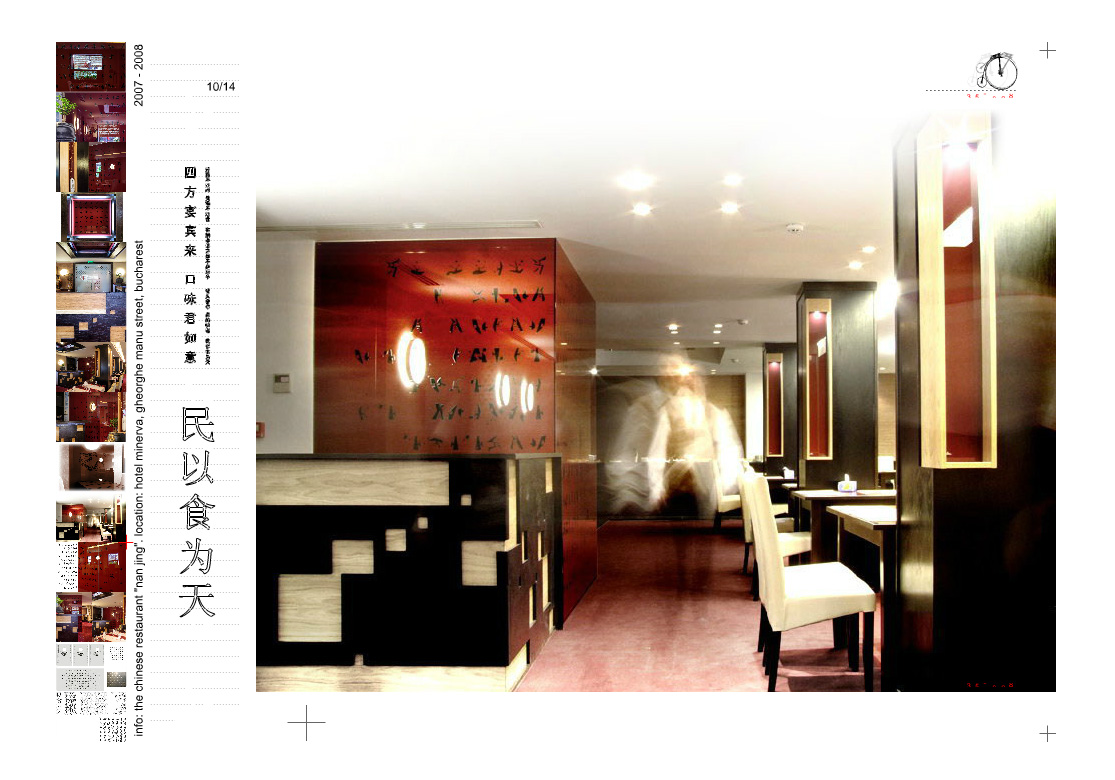 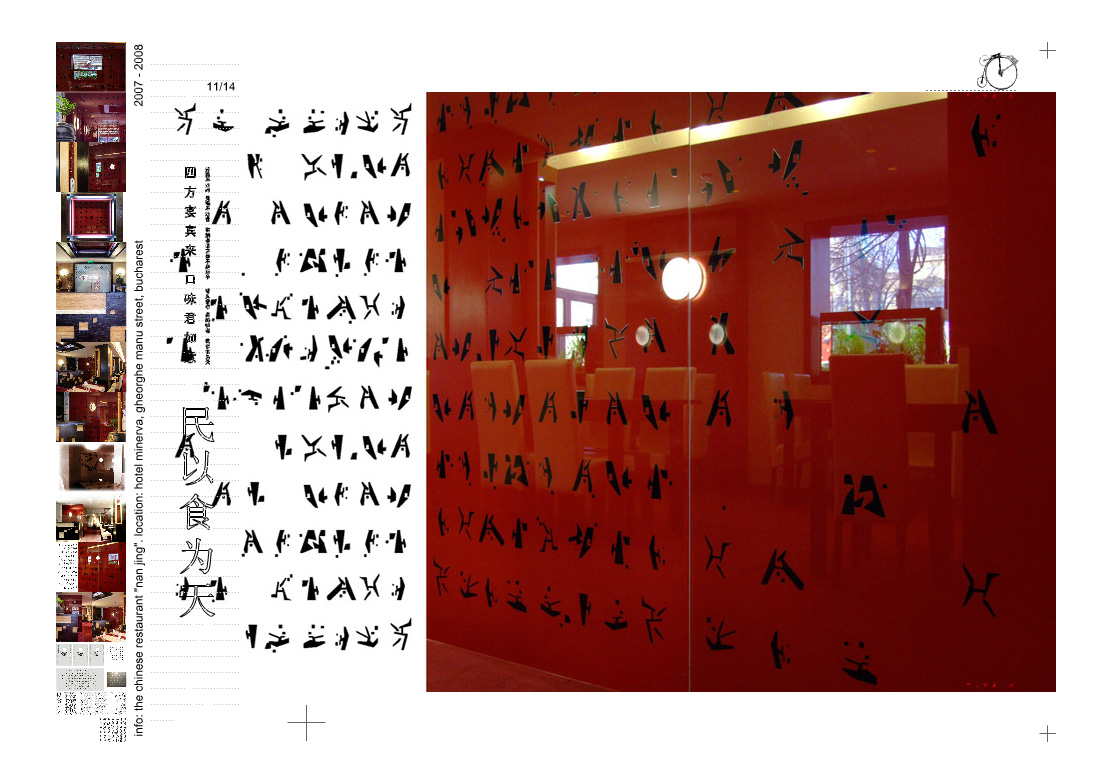 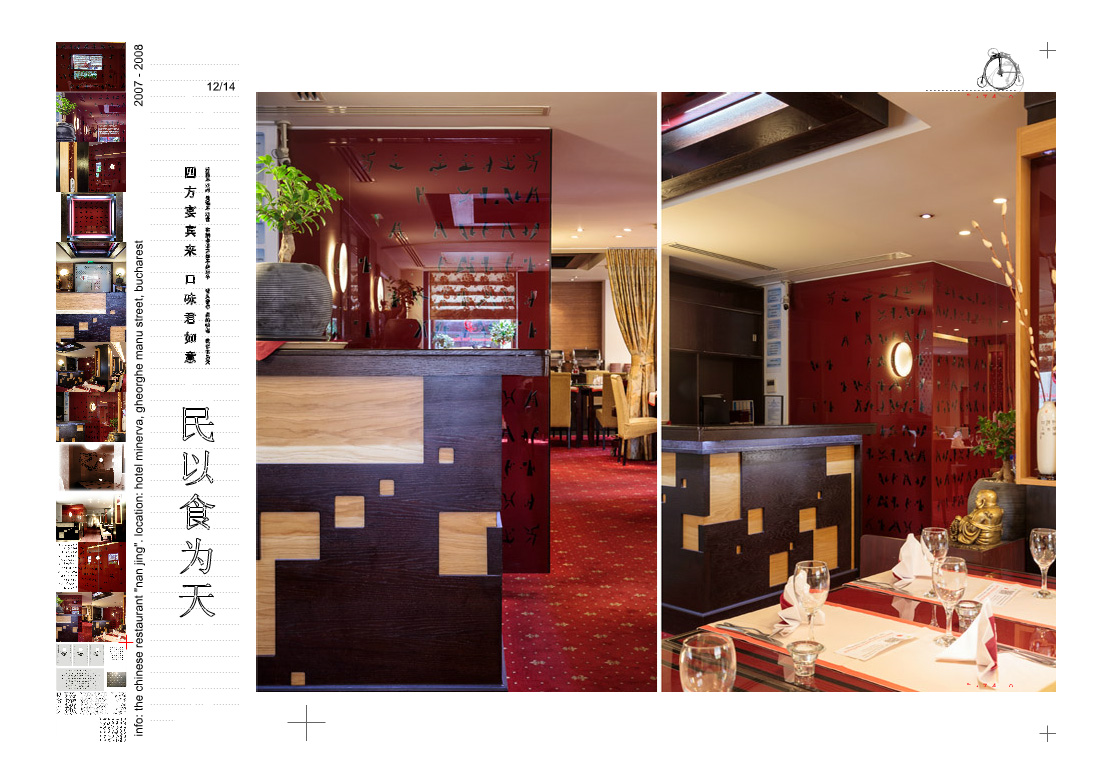 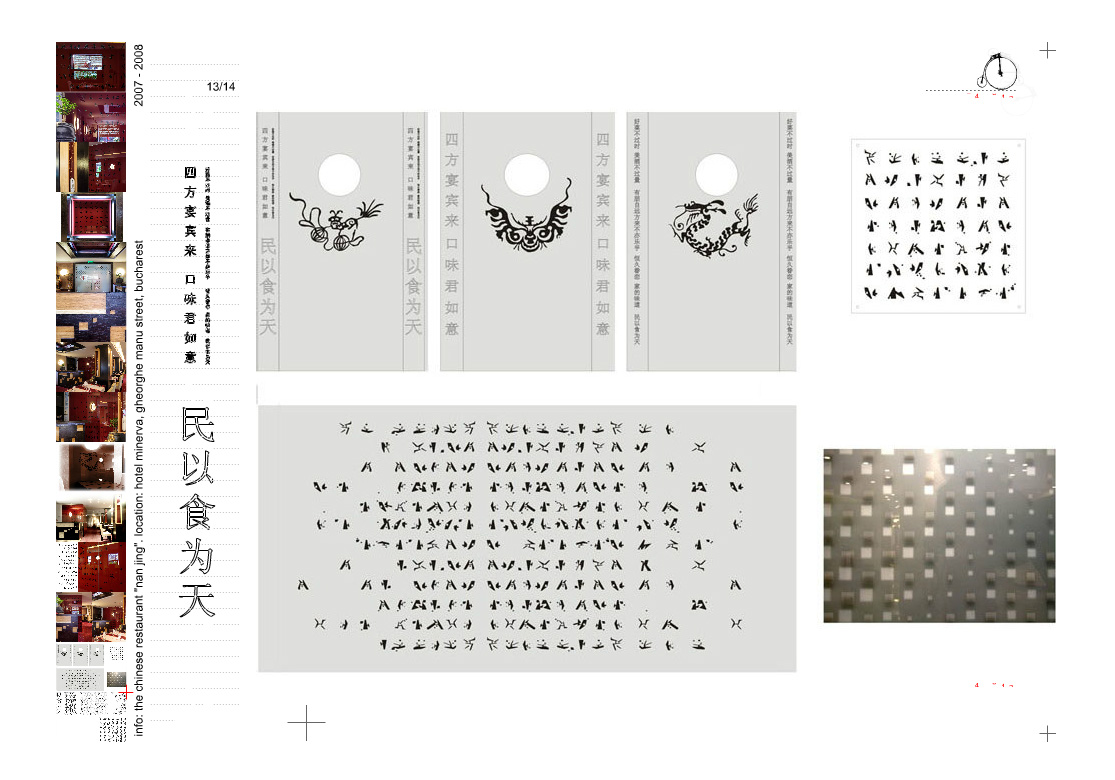 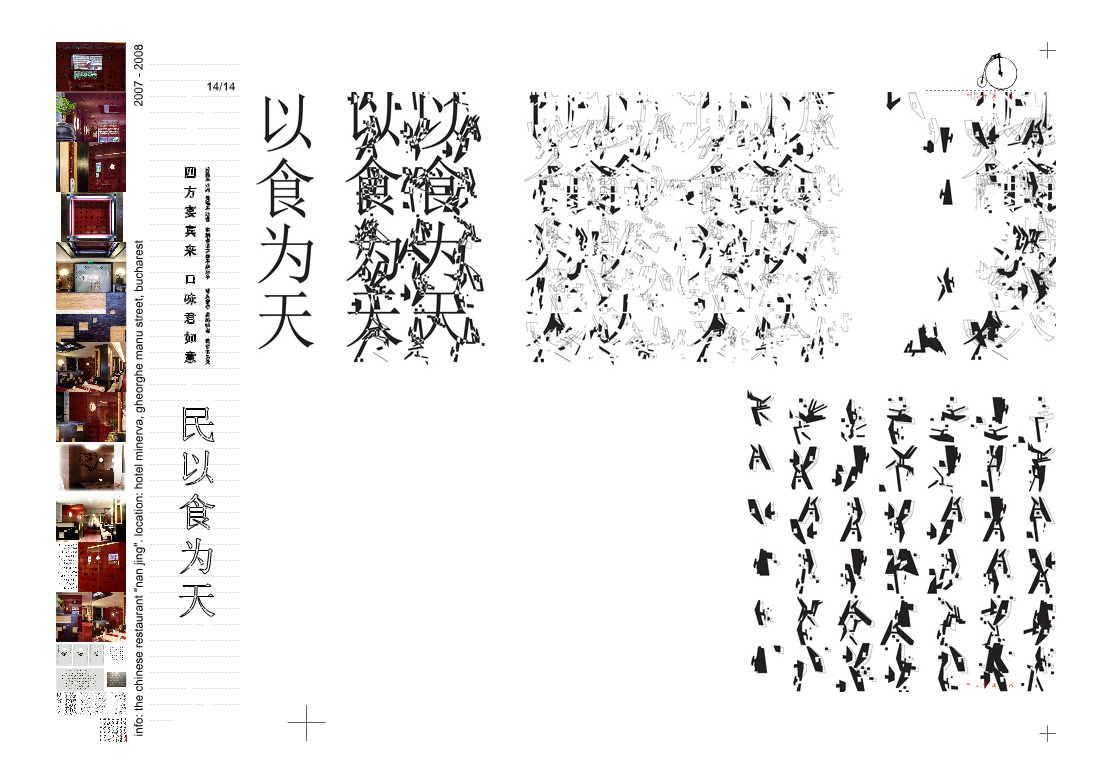 Nan-Jing restaurant was the first chinese restaurant, opened in Bucharest since 1980.
The design aproach was avoid the traditional image based on a mimetic take over of some traditional ornamental elements, like chinese lampions, in favor of an attempt te re-interpret the traditional image reducing the formal vocabulary to the minimum.
Traditional color keying was kept, a series of stylized graphical components was used to suggest the sofistication of chinese graphics and some drawings and chinese texts (chinese food & eating – related proverbs ) were included directly.
The purpose was to to obtain a contrasting image, a dialog across time, emphasized by the contrast of surface rendering: wall paper to mimic traditional materials (paper and bambus net) along with glass surfaces of intence dark-red color. The use of glass was double purposed -adding an extra graphic dimension by displayng messages, concealing in the same time the structural elements.