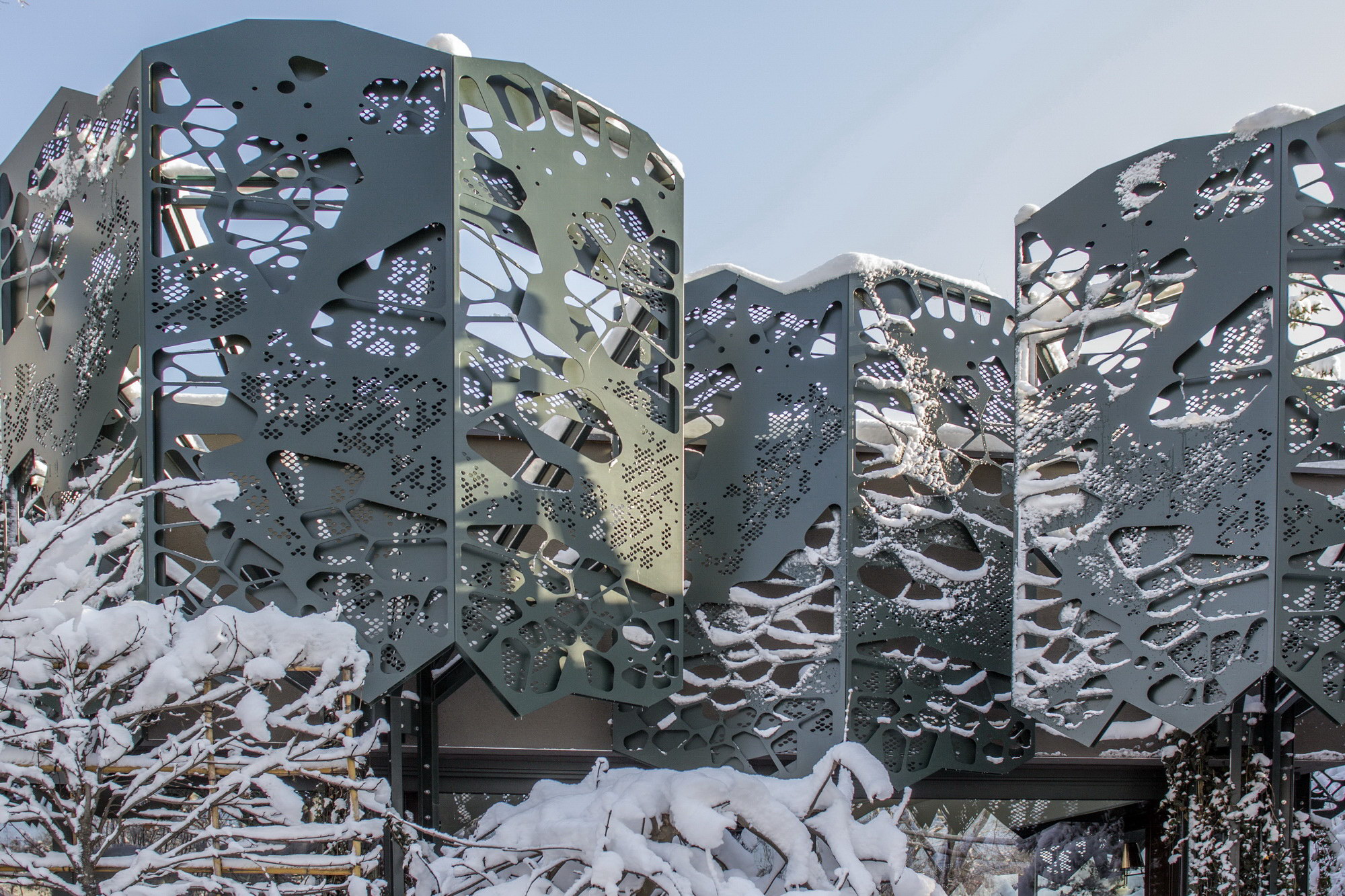 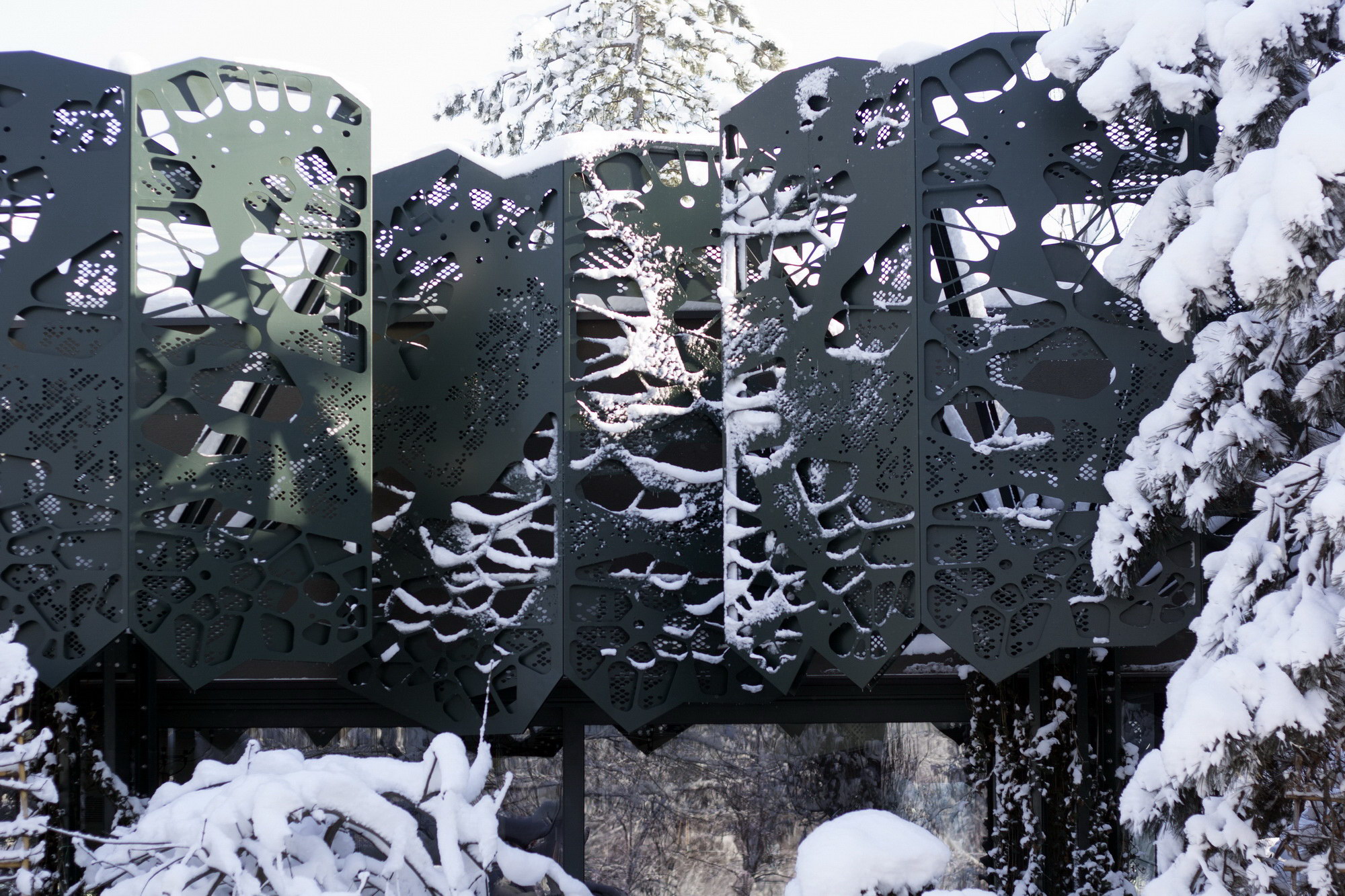 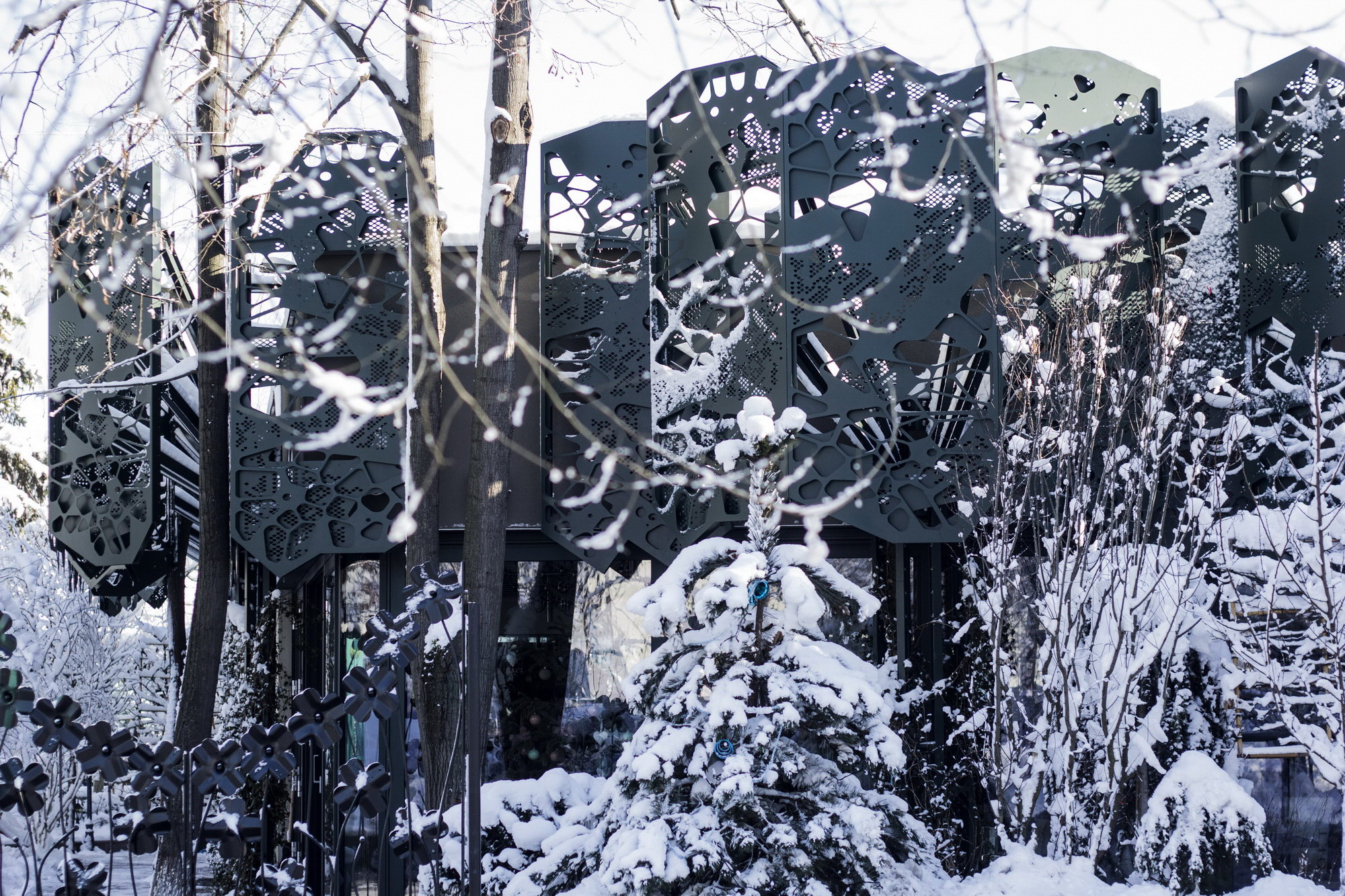 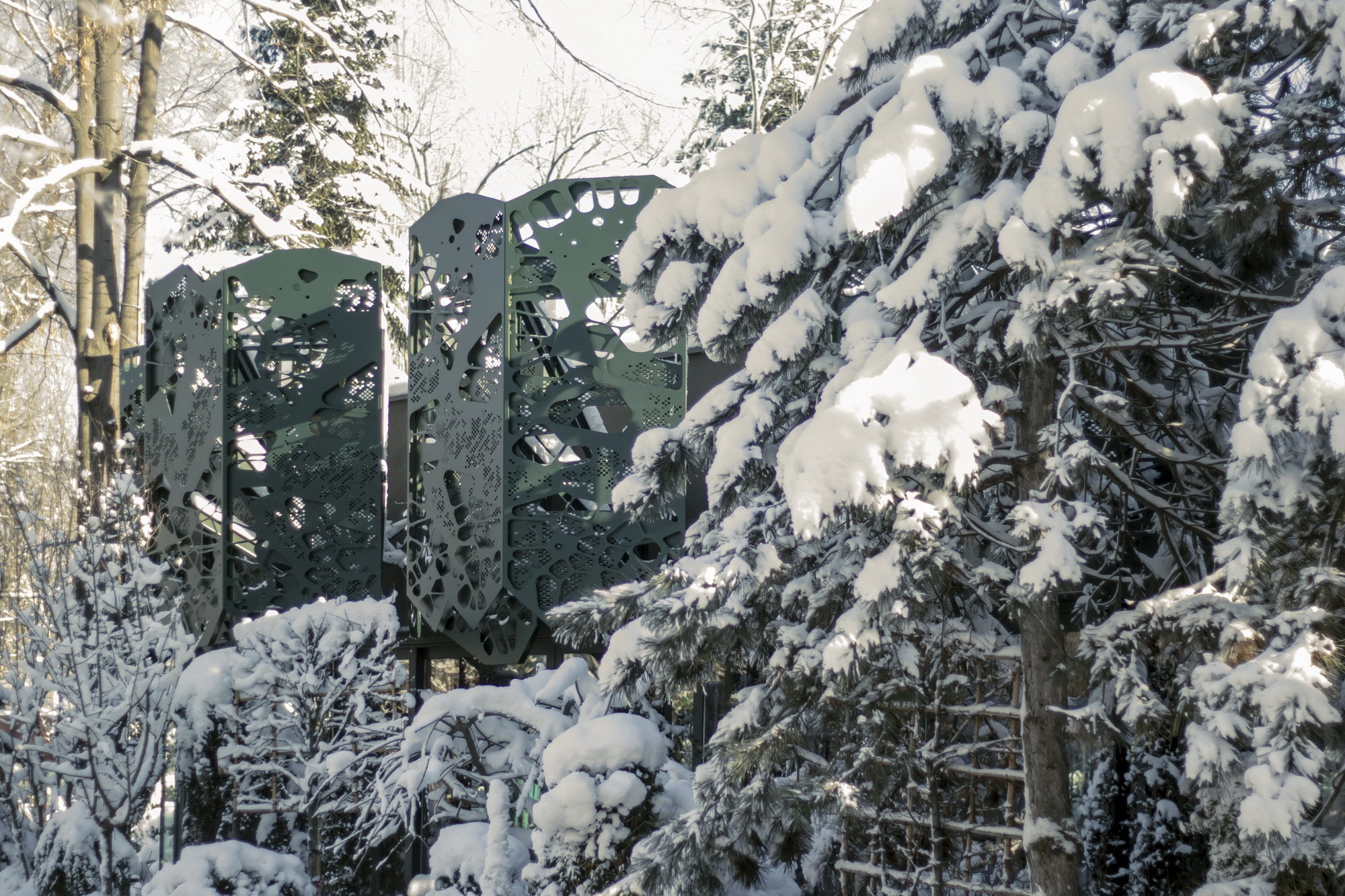 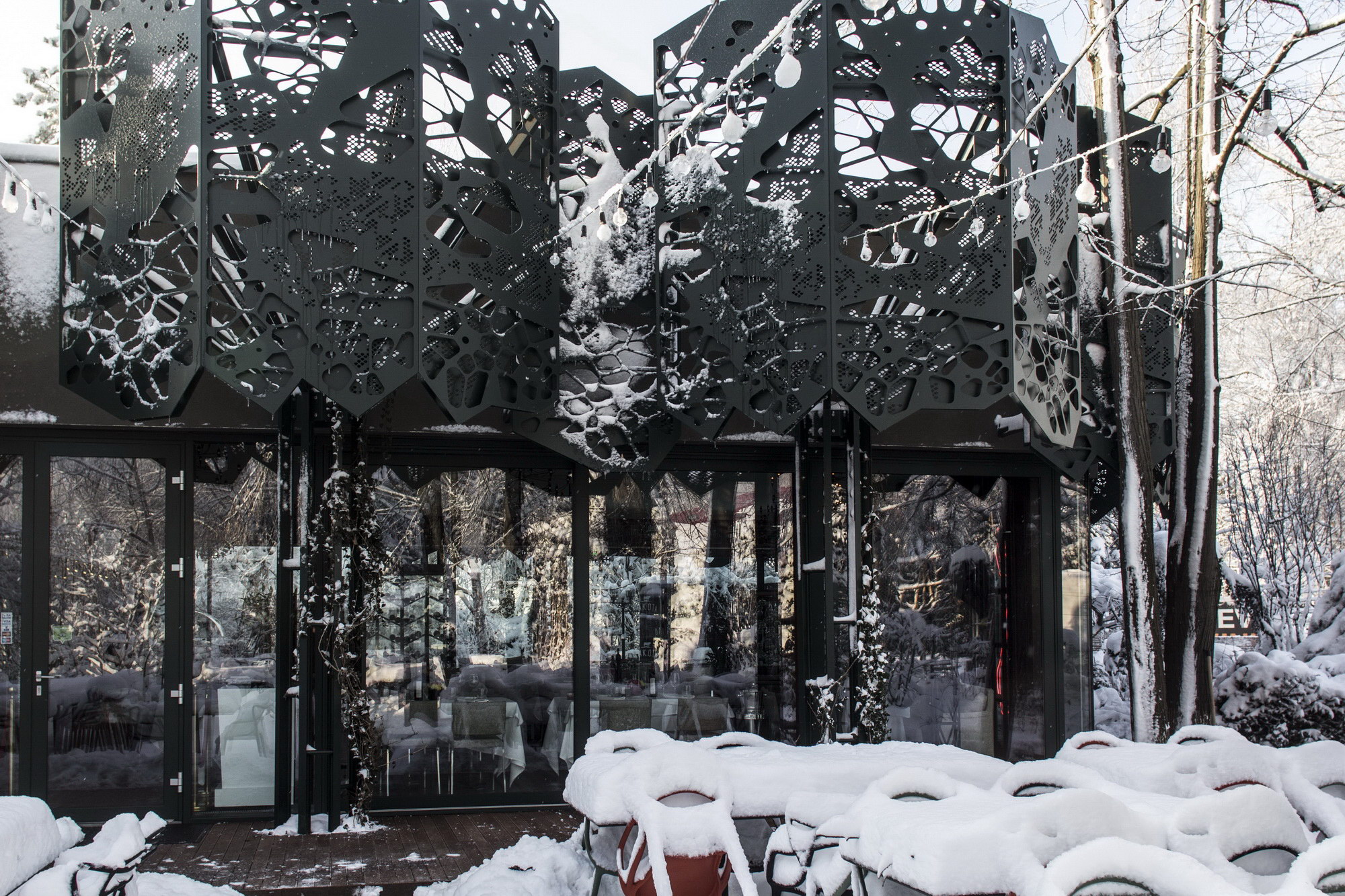 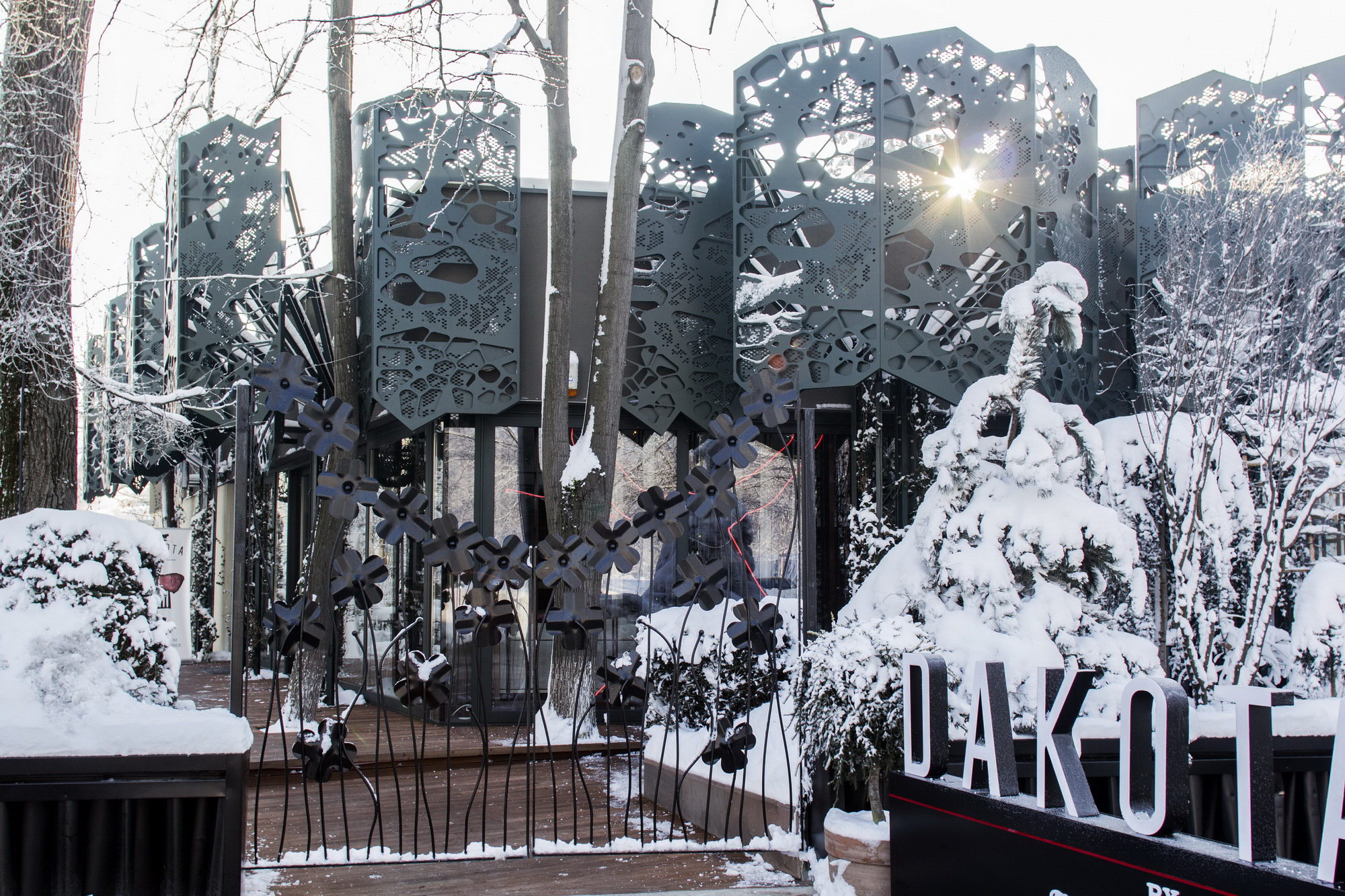 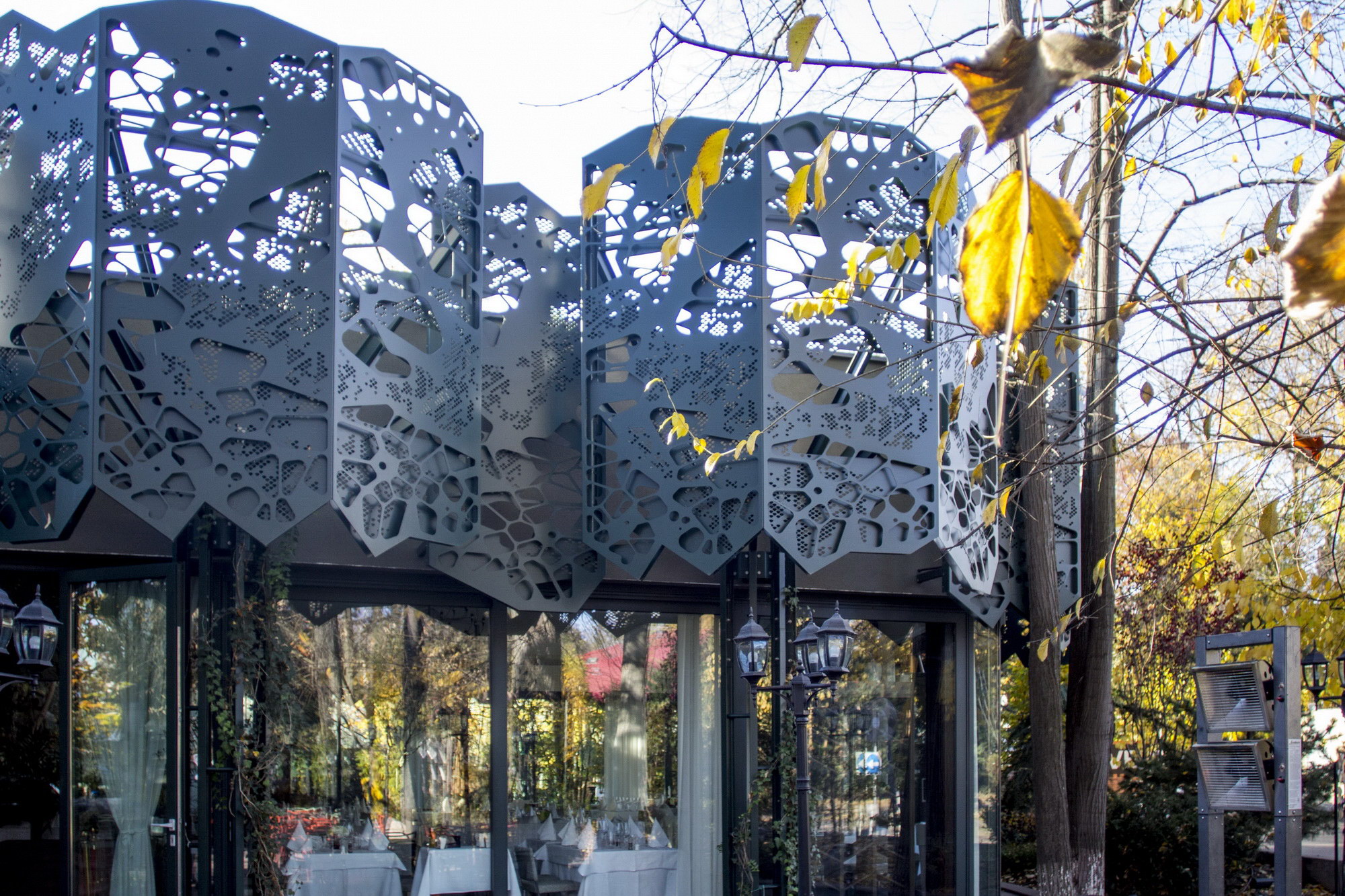 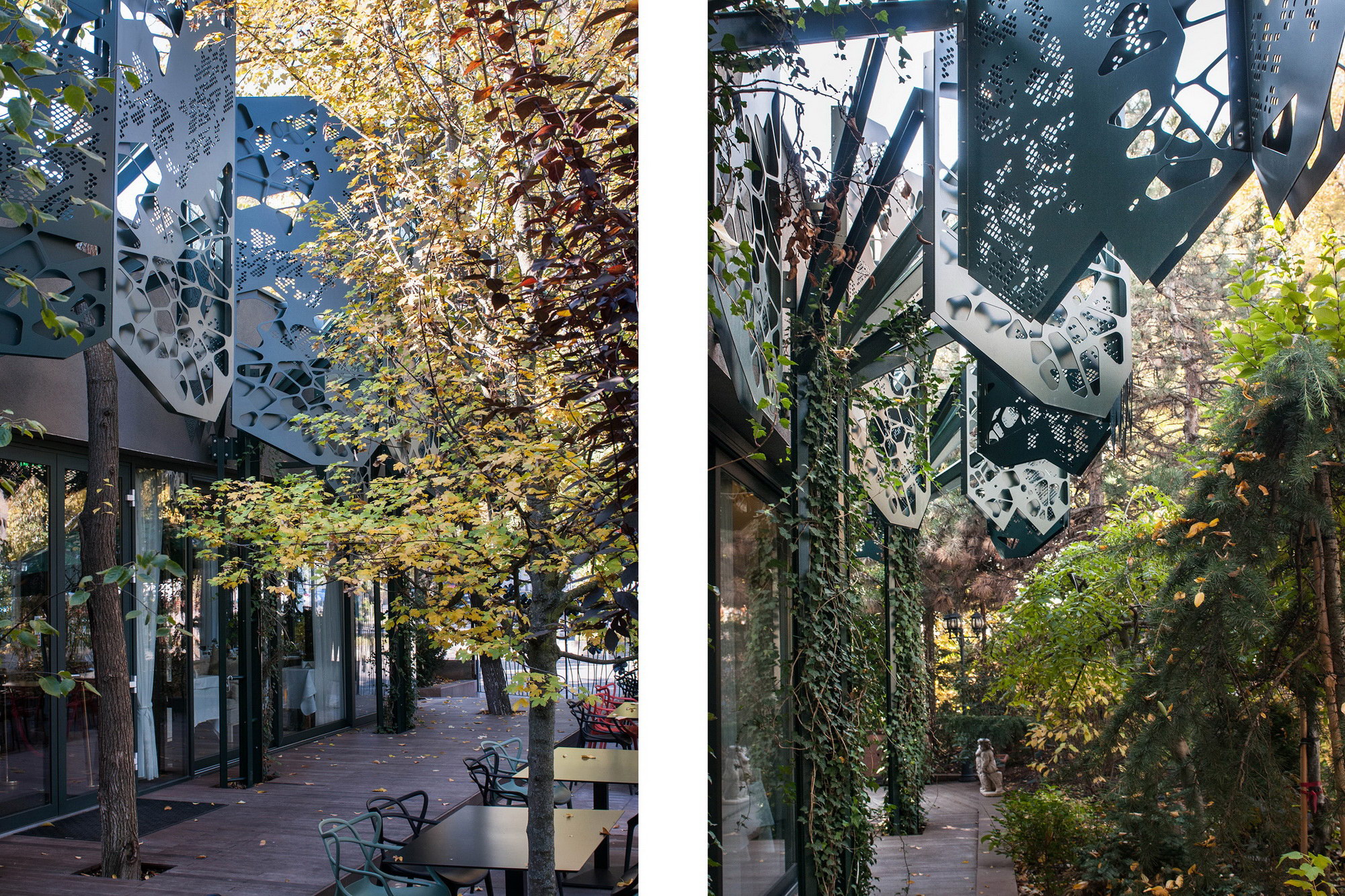 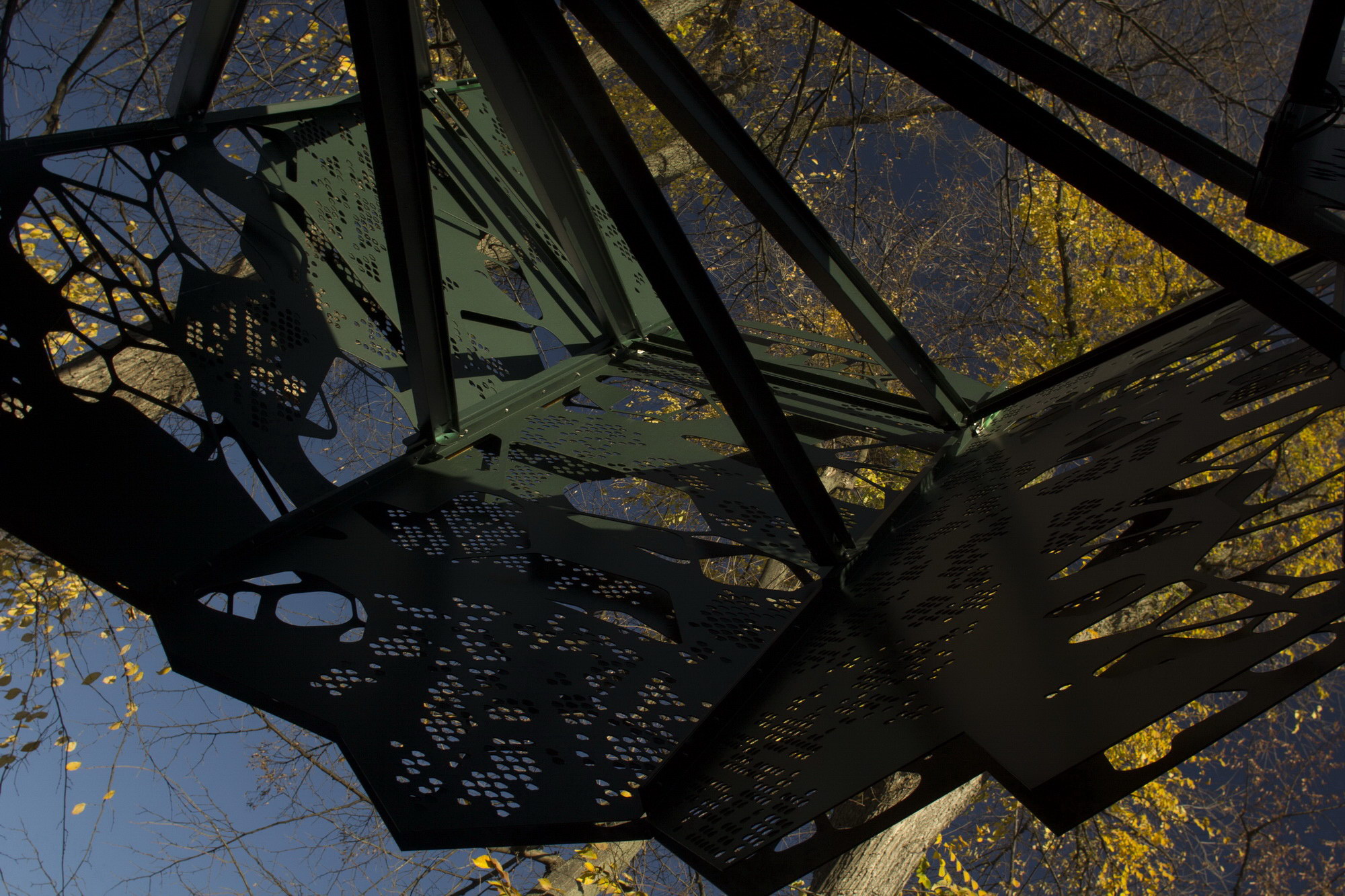 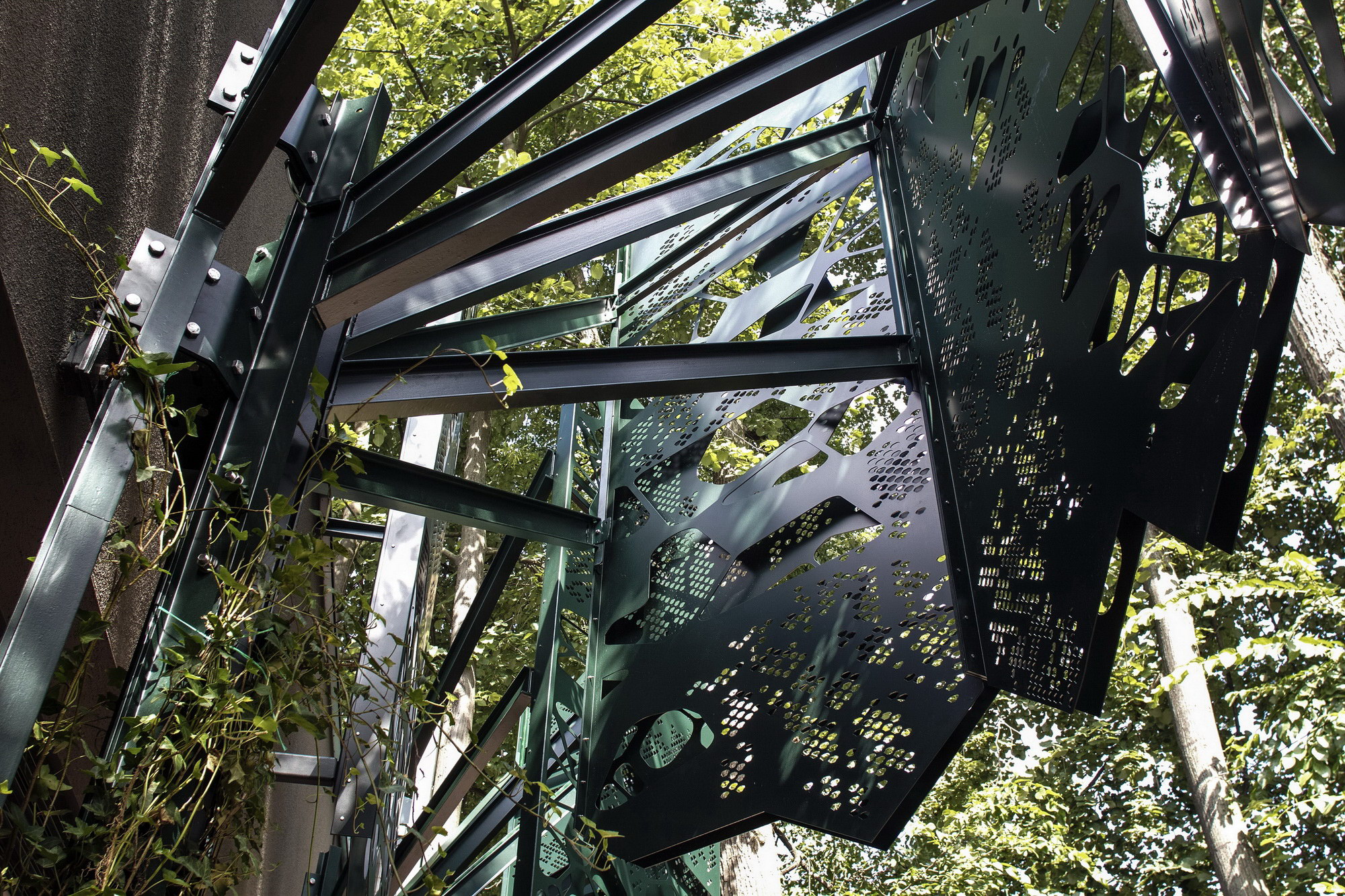 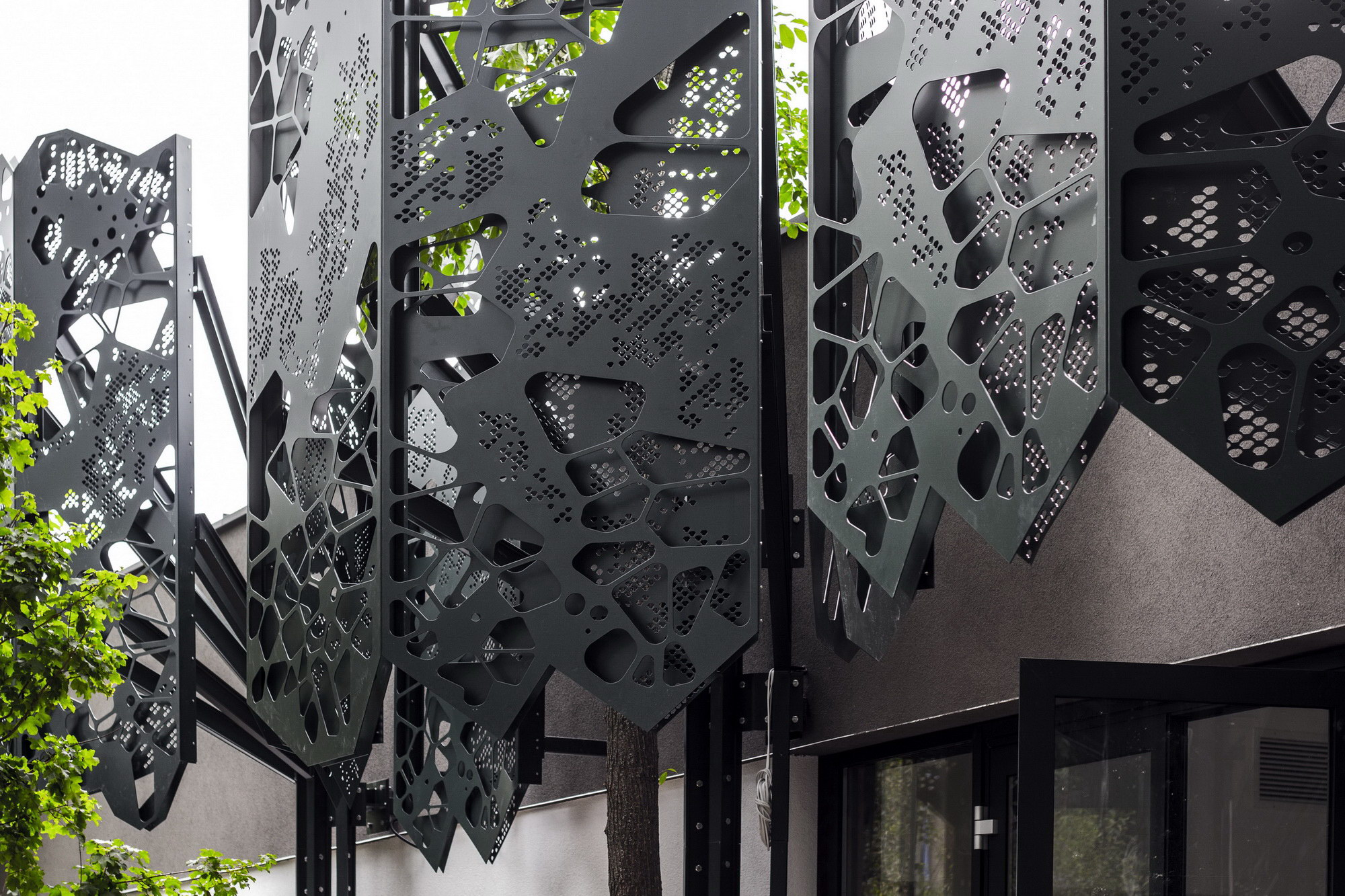 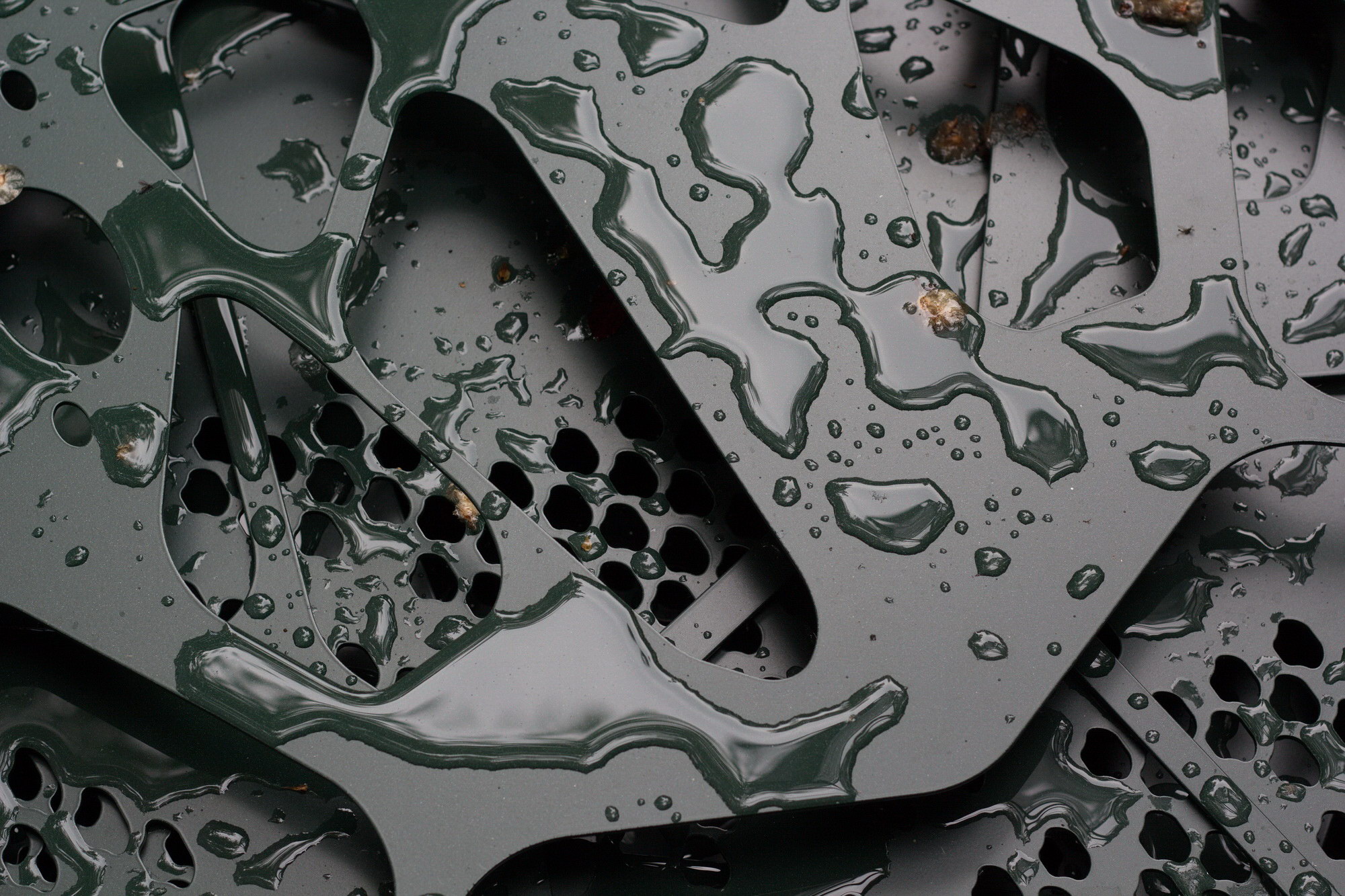 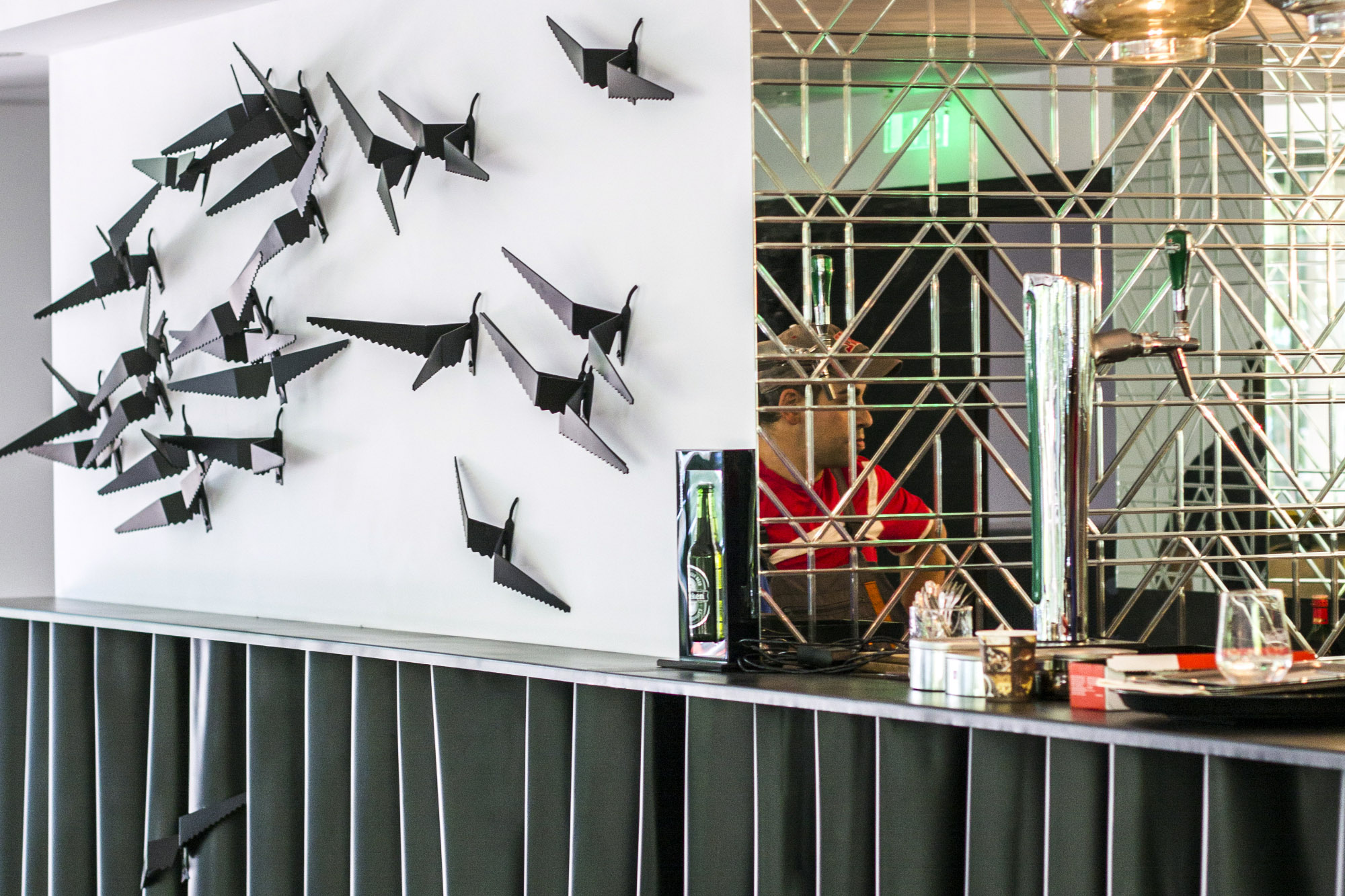 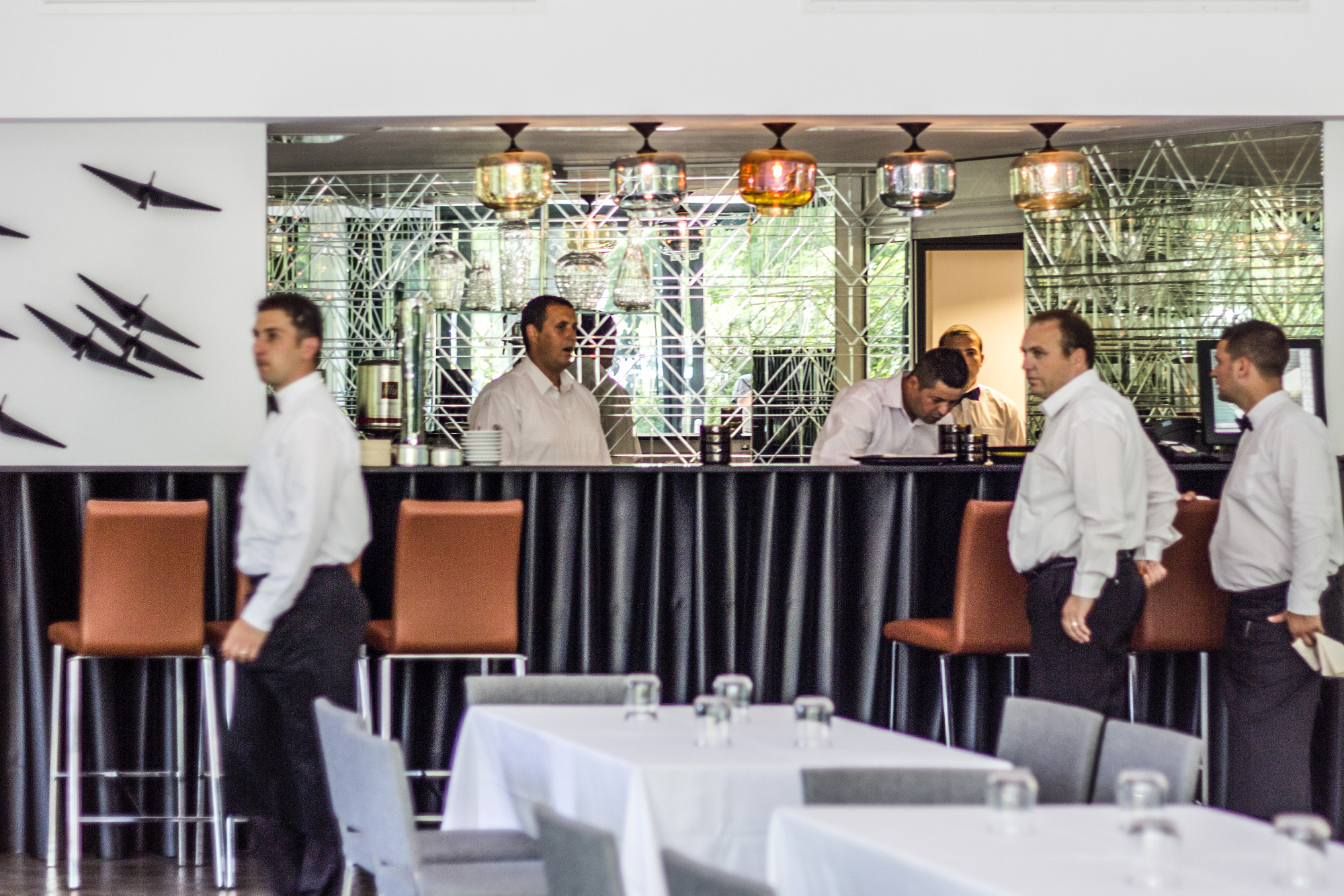 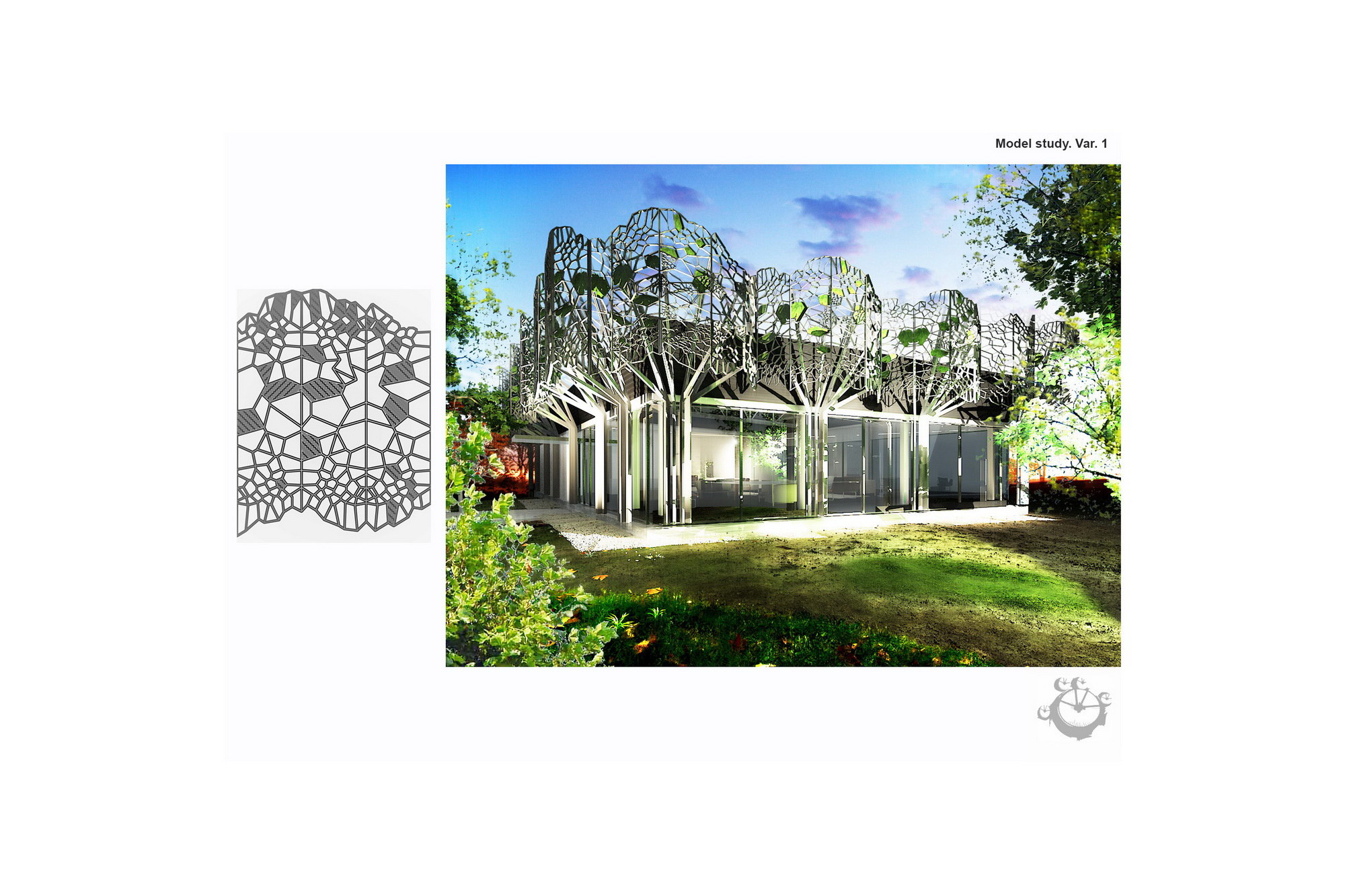 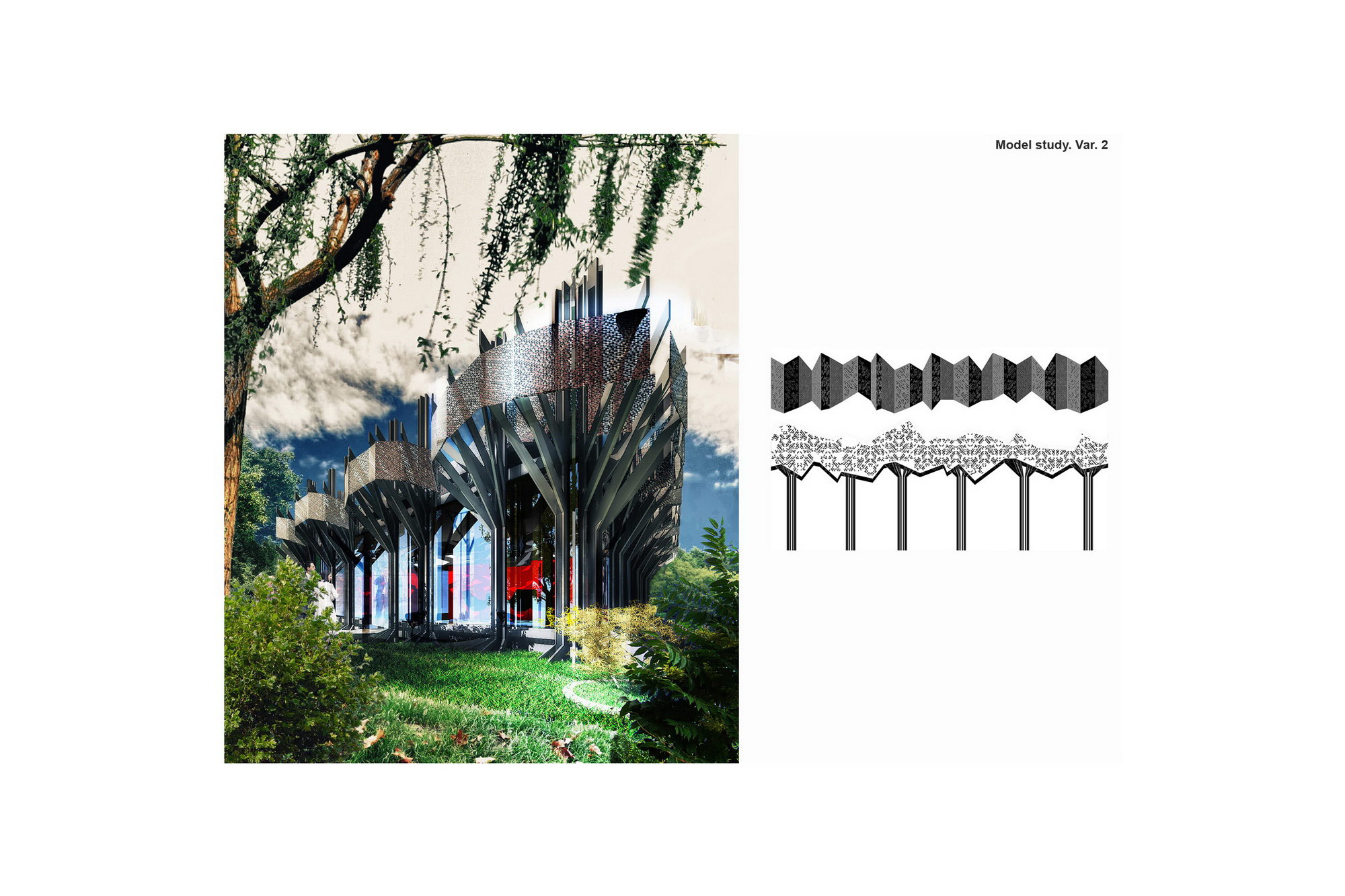 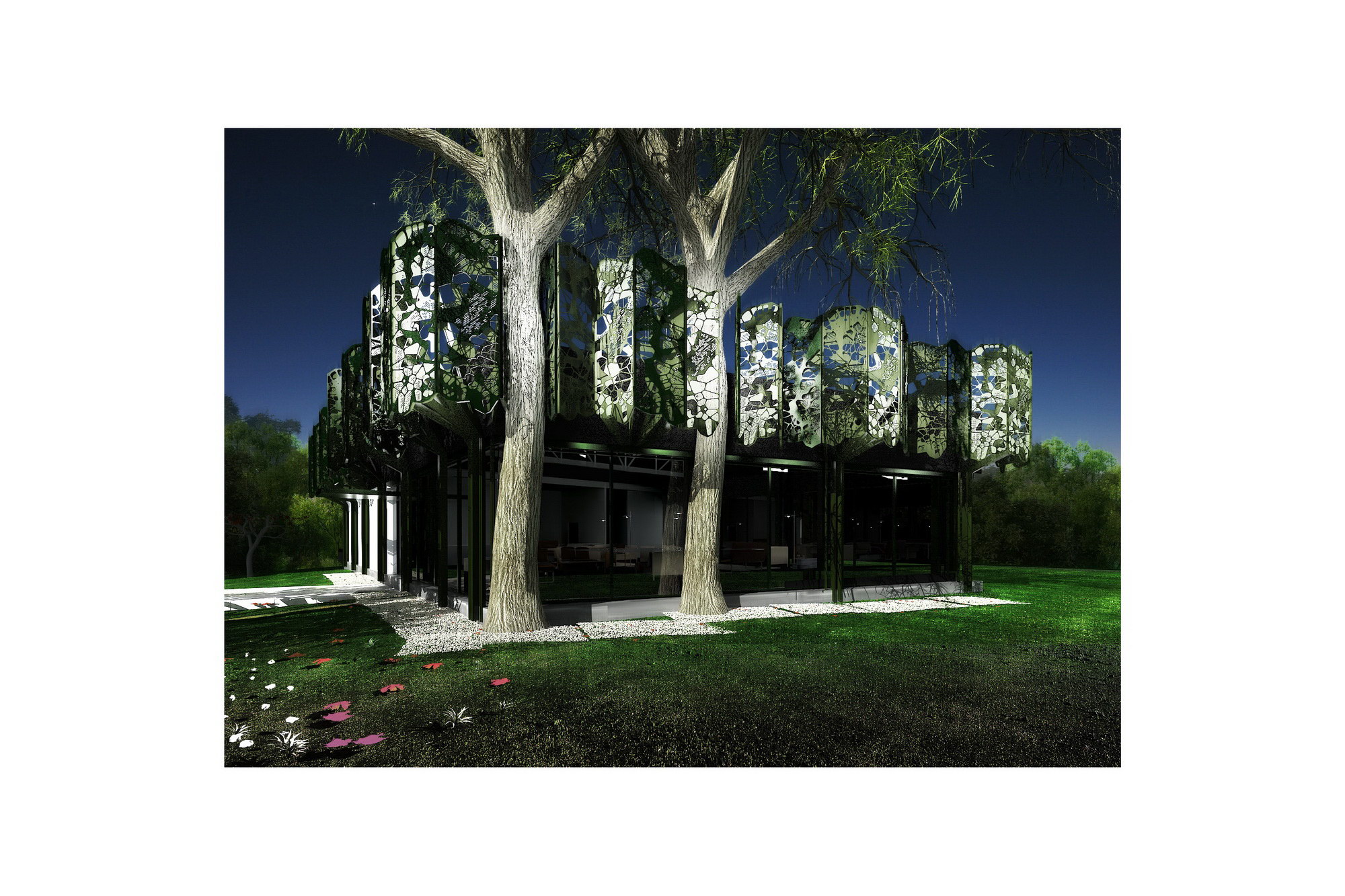 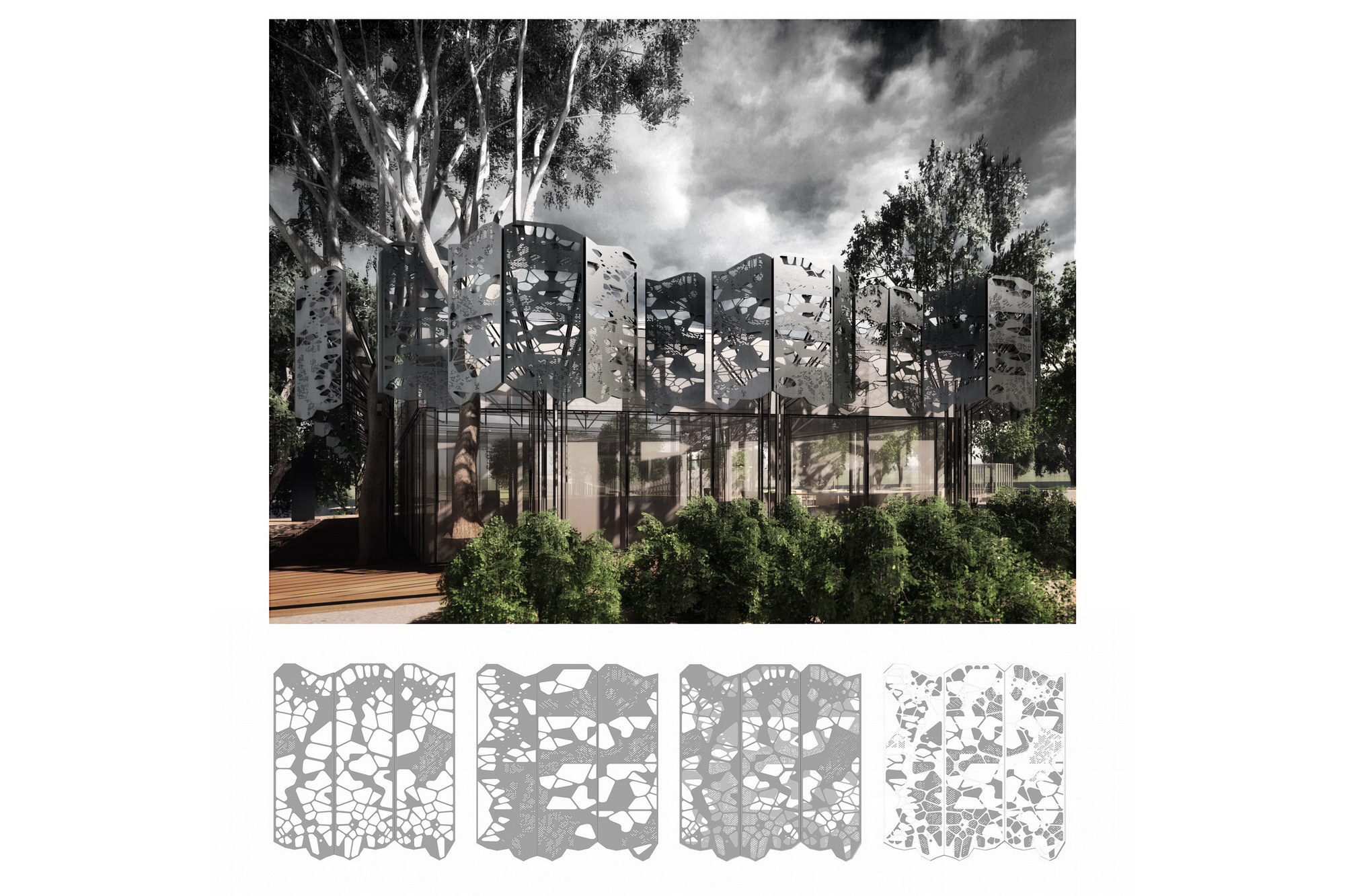 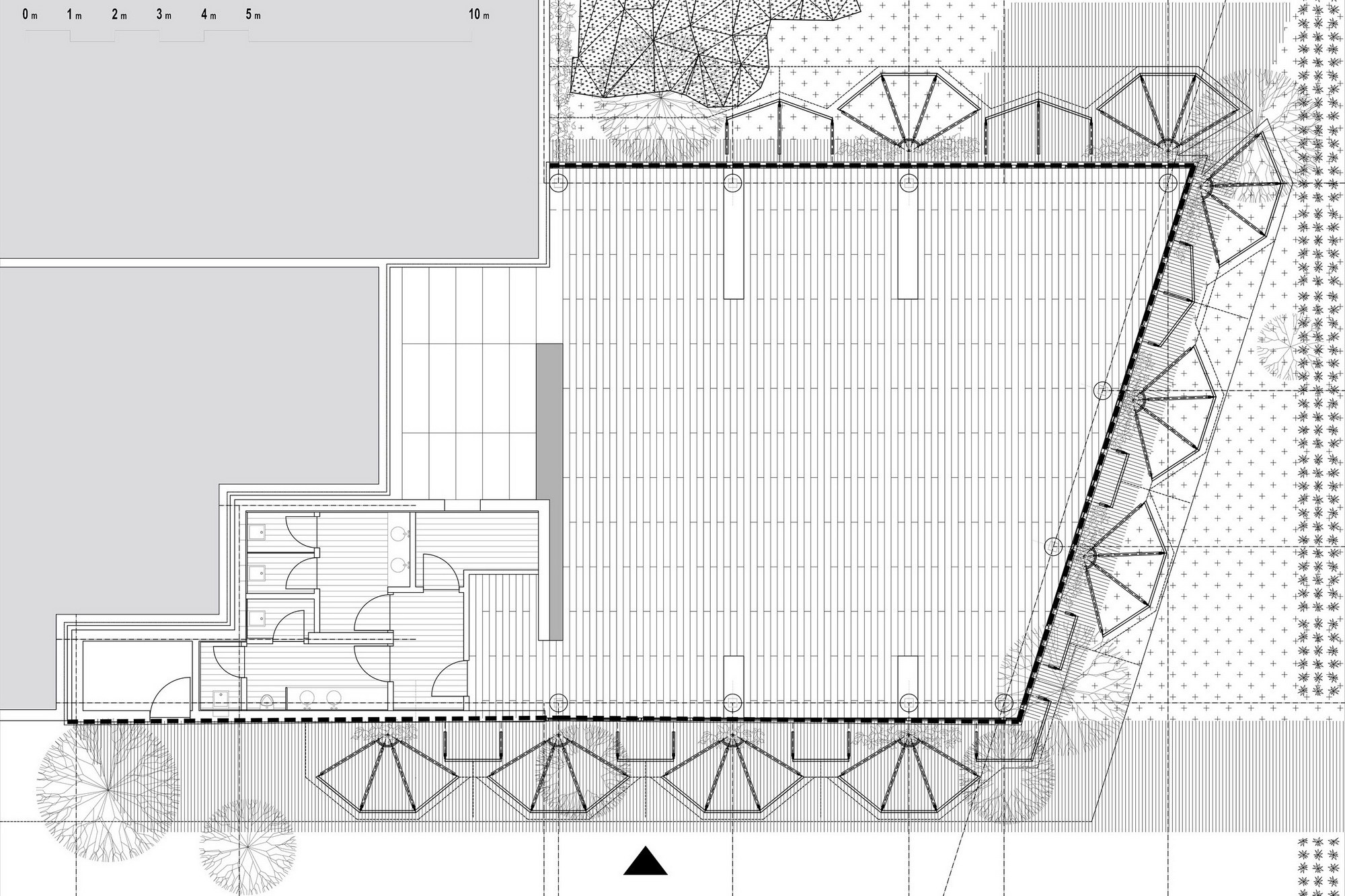 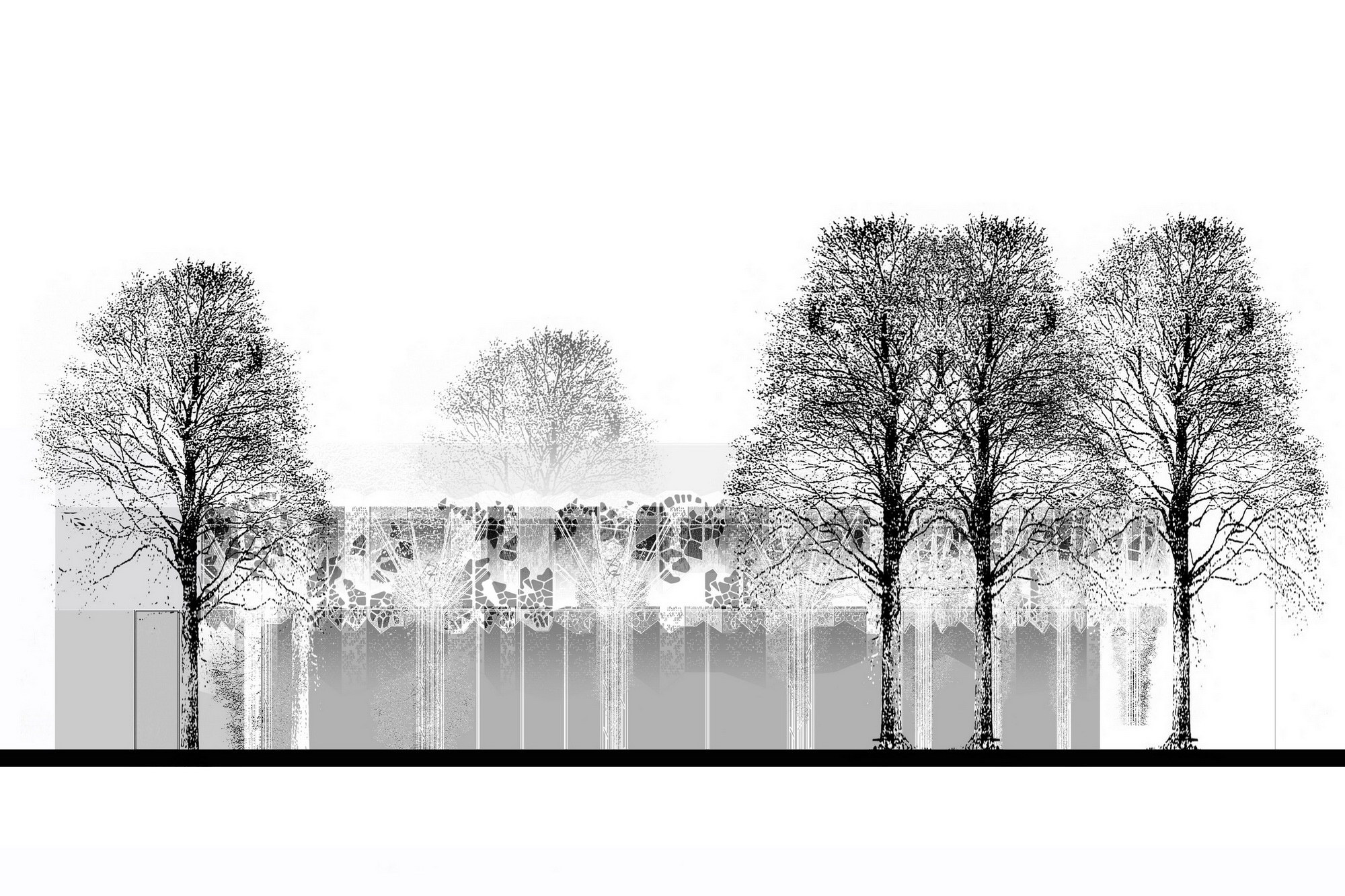 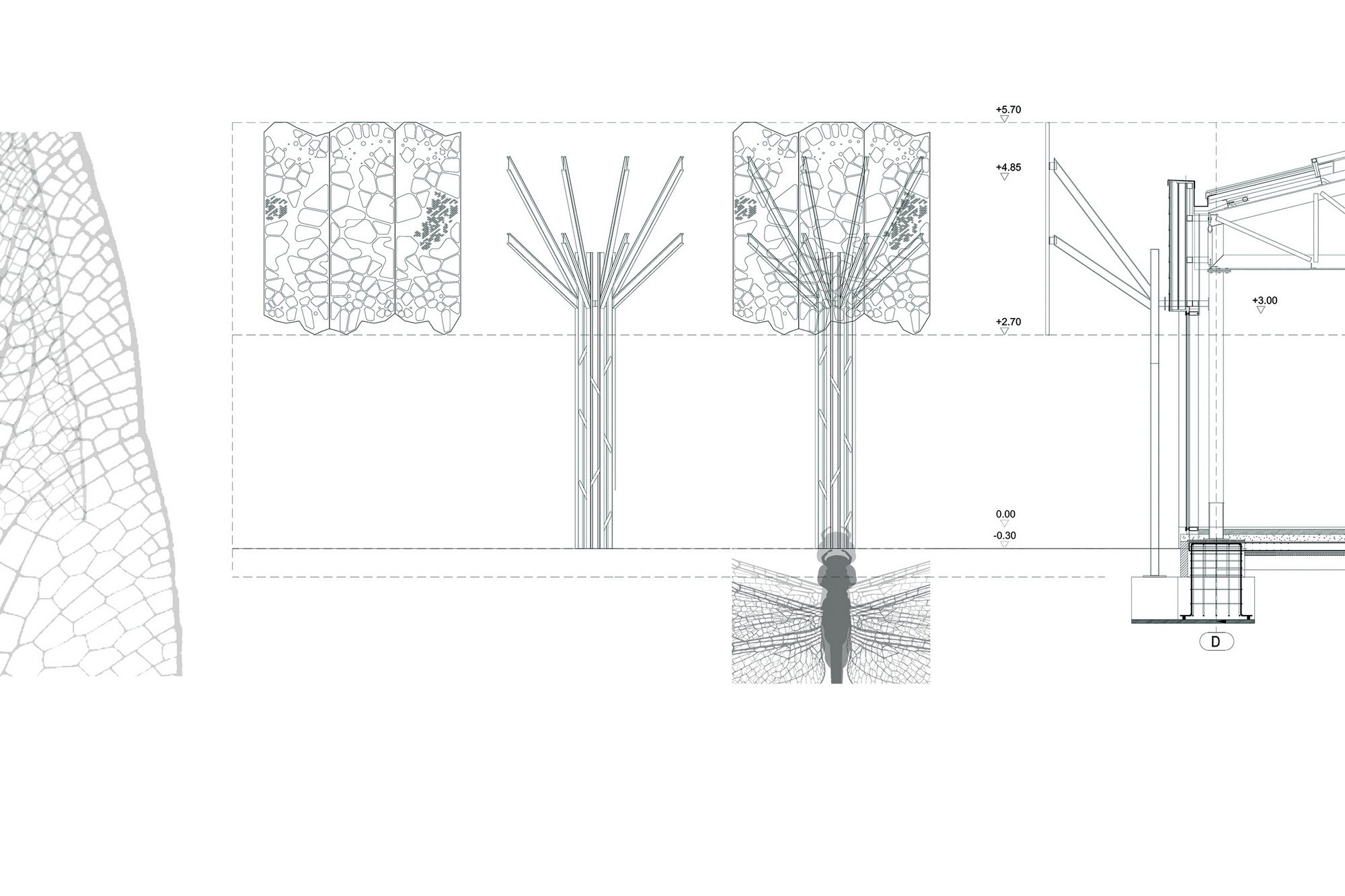 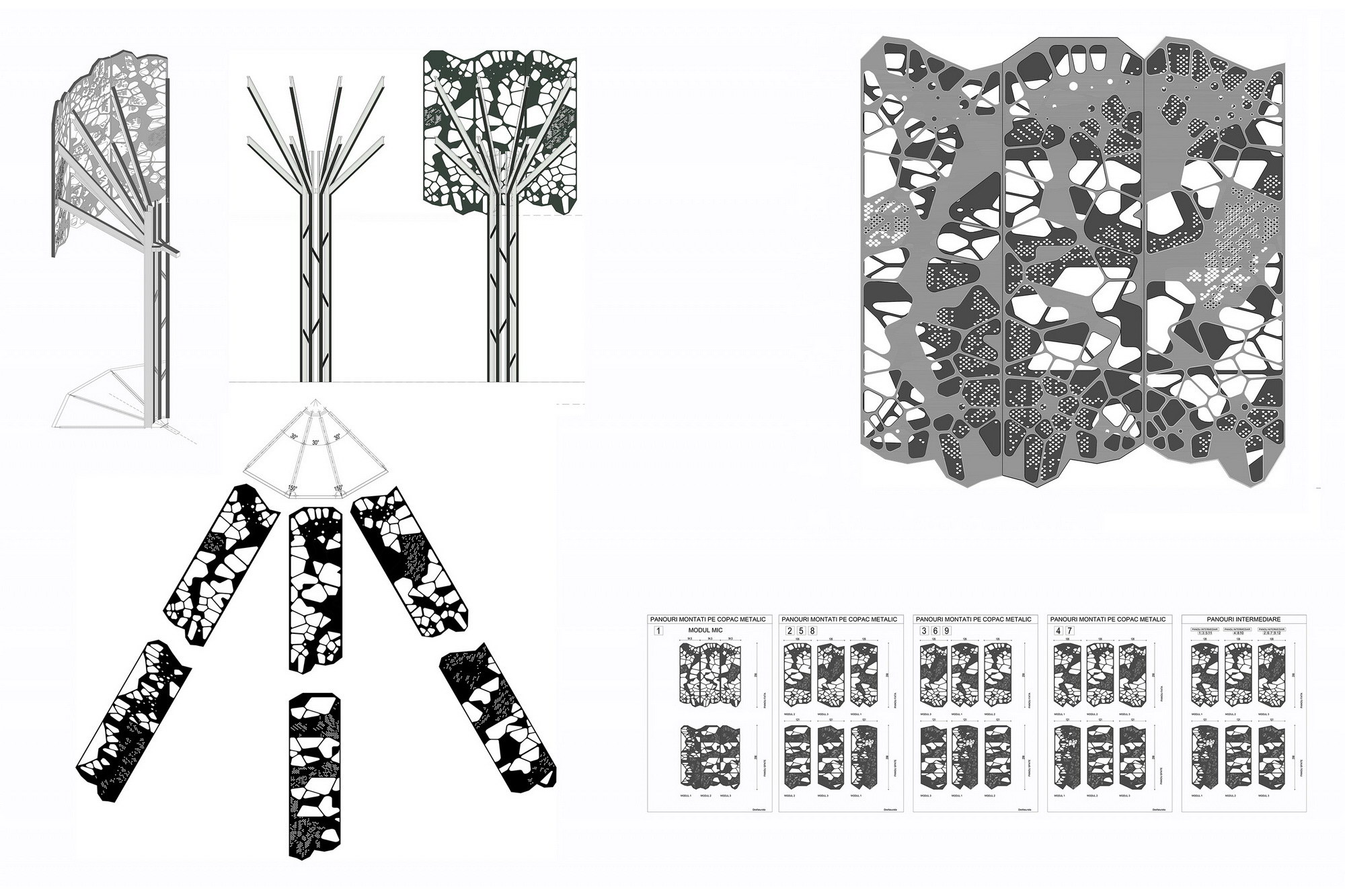 The restaurant, conceived as a house in the woods, seeks to blend itself  in the landscape.  In order to leave the natural evironment unchanged the existing trees were included into the façade structure of the building. The architecture consists of two layers, the lower – transparent and the upper – opaque and ornamental.  The lower register, fully glazed is dematerialized through transparency. The outer space can be captured as an extension of the interior space and the architecture in time  will begin to blend with outer space in a landscape continuum. The facade consists of sliding surfaces that open interior space almost completely full. Interior finish does not stop at the outer limit of the building, advancing  through the glass façade , further reducing the distinct boundary between inside and outside.  Next visual boundary is the vegetation planted on the terrace outside. In the upper register, opaque attic is covered by a large spatial structure , an autonomous layer,  a space between artificial and natural, also a transition  between interior and exterior scenery. This structure connects the building with the garden in a stylized way, inspired by the natural diversity. The attic completes the site topography, transforming the building into an abstract body with strong sculptural character. It creates the illusion of an artificial landscape suspended, levitating above the green space. Building facade acquires an extra dimension and depth due to multiple overlapping plans. At the base of  the vertical metal elements was planted ivy, covering partially the  spatial structure , to complete symbiosis between the man made topography and the natural topography.